Some may have been surprised when Xiaomi unveiled its new Redmi Note 9 series last week, as it came with a new Helio G85 chipset from MediaTek. The company has now unveiled the details behind its new chipset, which is geared towards mobile gaming. This chipset is essentially an upgrade of the Helio G80, with a few extras on top of it.

According to GSMArena, the Helio G85 will feature the same 8-core CPU. It mainly boasts a slight improvement in the GPU department, with a bump to the clock speed from 950Hz to 1GHz. Also, MediaTek has the HyperEngine that can enhance power efficiency and provide smoother performance in games. However, MediaTek didn't mention if improvements were done to the engine. 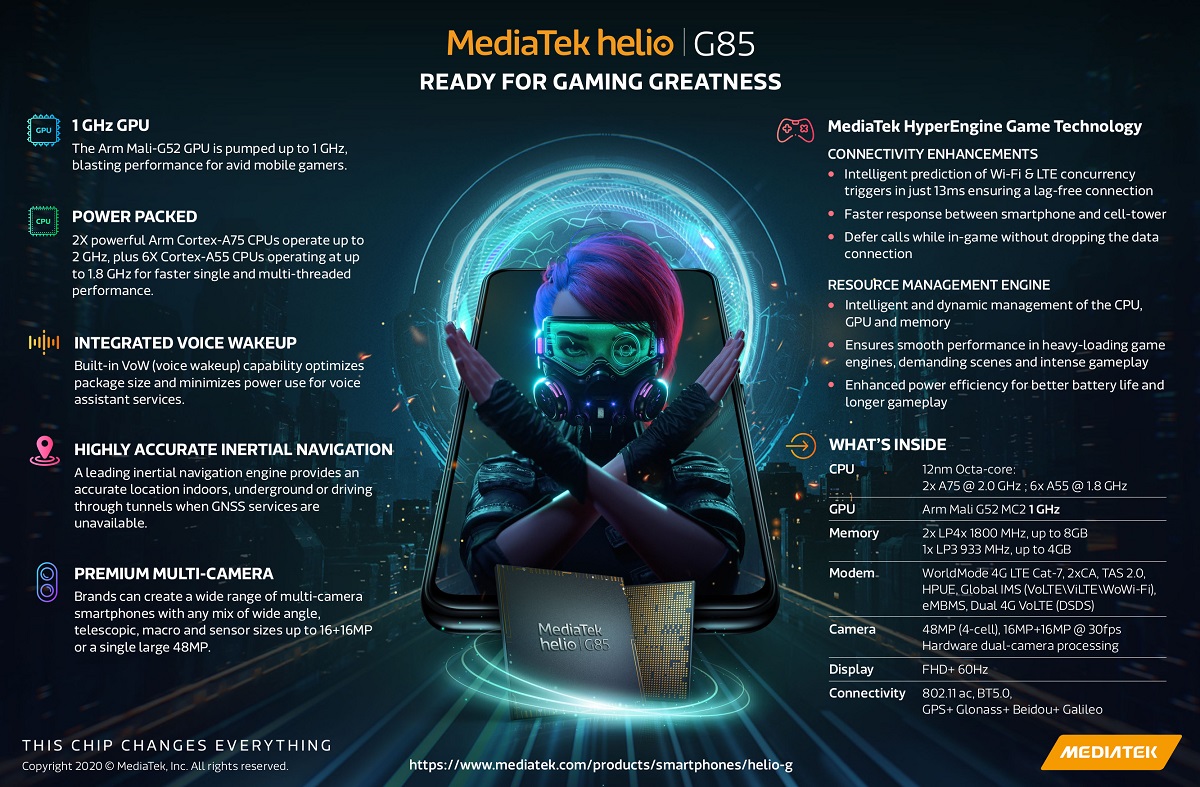 In terms of features, the new chipset will come with support for AI cameras that will enable features like face unlock, dual-cam bokeh, noise reduction, and more. It will also come with an integrated voice wake-up (VoW) feature and ultra-fast video recording of up to 240fps. You can find out more from MediaTek's website.

As far as we're concerned, the Helio G85 wouldn't have felt like an upgrade if it weren't for a few added features. But its performance will be revealed in the devices to come, so we'll just have to wait and see. Stay tuned to TechNave.com for more news like this.