Today, the long-awaited Microsoft Surface Laptop 3 and Pro 7 that was announced back in early October have finally arrived in Malaysia. As per tradition, there will be a few variants to cater to the needs of the consumers as well as accessories that will be sold separately. The starting price of the new Surface laptop lineup is from RM4499.

Before we get to the price tags, here's a quick recap of the tech specs and features. The Surface Laptop 3 features the latest Intel 10th Gen Ice Lake quad-core processors (13") and AMD Ryzen 5 3380 U (15"), also, the design is more or less the same with the sleek keyboard design. USB Type-C is present and so as the fast charging technology which can charge up the laptop up to 80% in just an hour.

The Surface Pro 7 also looks similar and uses all the latest Intel Core processors (i5 and i7) with four different memory variants. The Surface Pro X is not available yet but Microsoft Malaysia have confirmed that they will bring it in during January 2020, alongside the Surface Hub as well. Anyway, you can check out the price tags for each model and accessories below: 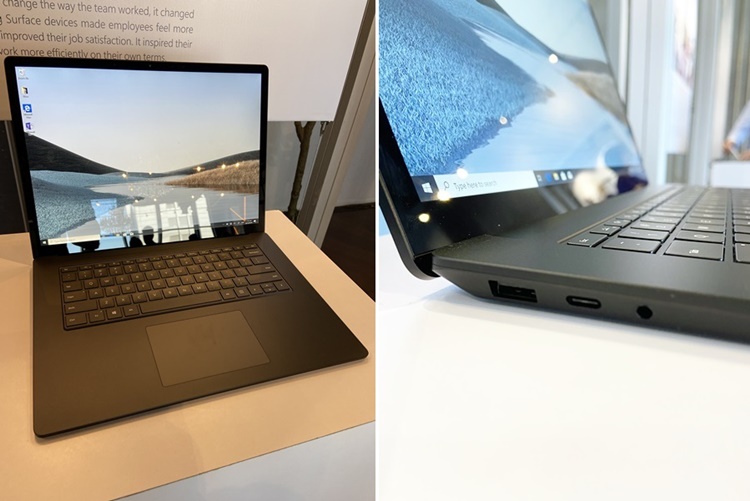 The 13.5" and 15" Surface Laptop 3 variants have the same design but different sizes

The Surface Laptop 3 and Pro 7 are now available in Malaysia via commercial authorised resellers - Prestariang, Software One - as well as authorised retailers All IT, Gizmart by PC Image, Gloo by SNS, Harvey Norman, Lazada-Microsoft, Senheng, Shopee-Microsoft and TMT by Thundermatch. For more information on the laptops, you can check them out right here at microsoft.com/en-my.