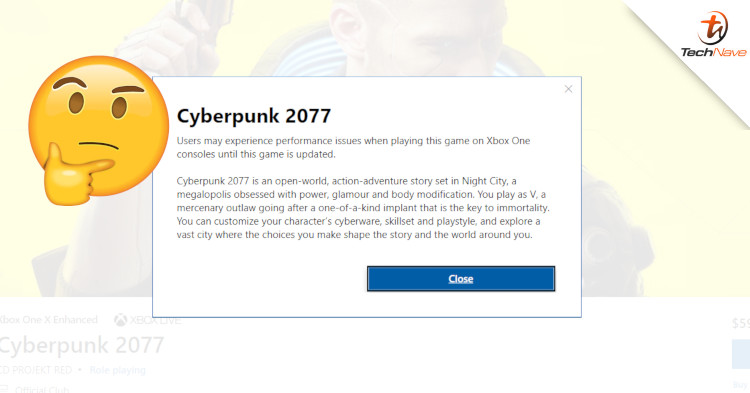 It seems that the Microsoft digital games store has recently placed a warning label on the Cyberpunk 2077 page, stating that those who purchased the game for the Xbox One might experience performance issues while playing. Those who are unsatisfied with how the game ran can request for a refund, which can be done via Microsoft’s official website.

As of today, CD Projekt Red has recently released two patches which fixed some of the issues that the game has been facing, there’s are two more major patches coming out to fix major problems around January and February 2021. Unfortunately, there’s no official information in regards to the exact release date of the two major patches for now.

What are your thoughts on Microsoft placing a warning label on Cyberpunk 2077 on the Microsoft Digital Store? Let us know on our Facebook page and for more updates like this, stay tuned to TechNave.com.