Microsoft is giving Task Manager a makeover for Windows 11 Microsoft is working on something that might attract you to switch to the latest Windows 11. An engineering student named Gustave Monce discovered that the tech giant is giving Task Manager a interface redesign to fit the new operating system update.

Monce, who previously got Windows 11 running on a phone, found the redesigned Task Manager and shared it on Discord this week. According to him, the new Task Manager is still a hidden feature in the new build. He also mentioned that it's still in the early stages, as "everything is broken". However, it already includes a dark mode and interface that closely matches the major design changes in Windows 11, including rounded corners, pastel shades, and a focus on simplification. 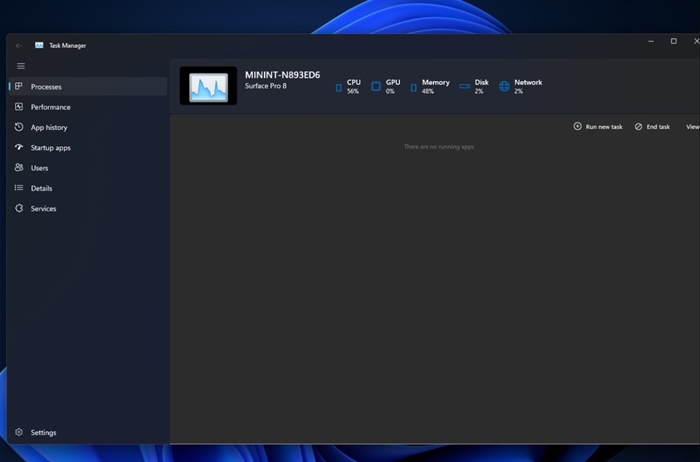 Task Manager originally debuted with Windows NT 4.0. For over ten years, it hadn't been through any significant changes. We're glad that it's finally getting a makeover with a more up-to-date design. Besides Task Manager, Microsoft is also working on a new Media Player app and redesigning the Notepad app with dark mode support.

What do you think about the new look of Task Manager? Leave a comment to let us know your opinion, and stay tuned to TechNave.com for more tech reports.