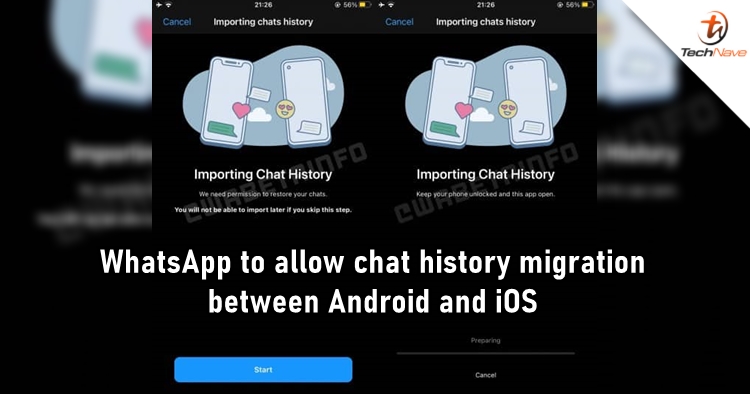 Chat history migration is still a problem for WhatsApp users who switch from an Android phone to an iPhone or vice versa. In the near future, the problem will go away as the messaging platform is testing the feature in WhatsApp Messenger beta for iOS 22.2.74.

A leaked screenshot has clearly shown the process for transferring chats from an iPhone to an Android device. It starts by asking permission before the migration, and it's also essential to have the Move to iOS app installed on the phone. Furthermore, the user might also need a cable or a private Wi-Fi connection. 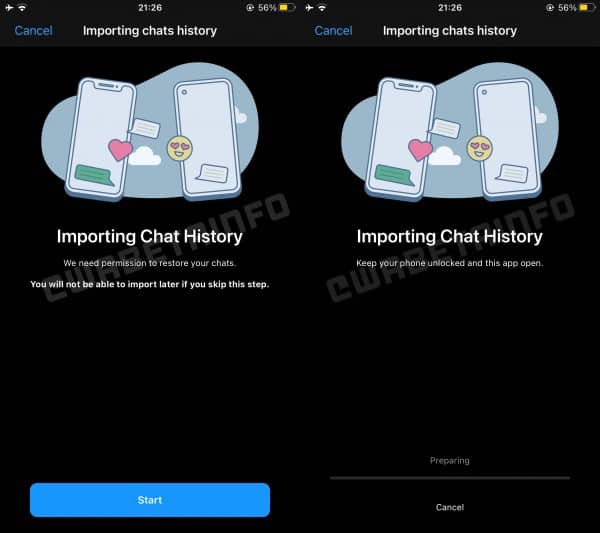 However, keep note that the feature is still under development, so it might not arrive as early as you thought. Besides this one, WhatsApp has also been experimenting with other things, such as making the photo editing tool more practical and letting users react to messages with emojis. Let's hope that WhatsApp can complete the testing and release these features soon.

Are you switching between Android and iOS devices? If you are, leave a comment to let us know how you feel about this feature, and stay tuned to TechNave.com for the latest tech report.