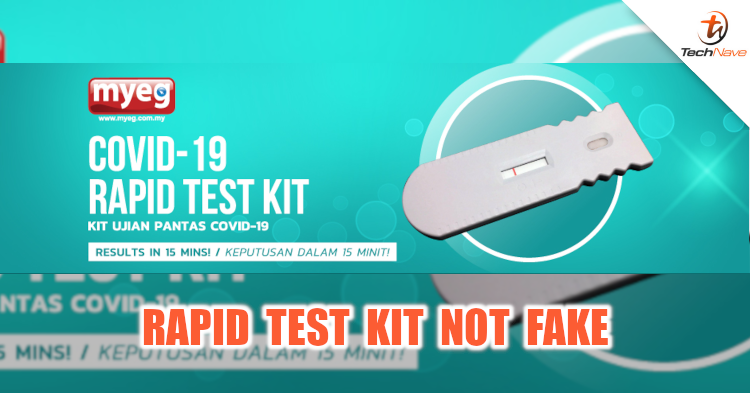 MyEG has officially announced that they’ve thanked the Ministry of Health for removing a post on their Facebook page which claimed that that the COVID-19 rapid test kits were fake. Furthermore, MyEG has followed up by stating that the kits, which were manufactured by a Chinese biomedical firm have been cleared for use in various regions including North America, Asia, Europe, and more.

Not only that, but they’re also still accepting pre-orders for the rapid test kit on their official website. For those who are still sceptical, MyEG states that you all pre-orders are fully refundable.With all that said, what are your thoughts on the Ministry of Health pulling back their statement? Let us know on our Facebook page and for more updates like this, stay tuned to TechNave.com.