Current Location: Home > News > More reports released on non-iPhone 14 Pro models not getting the A16 chip 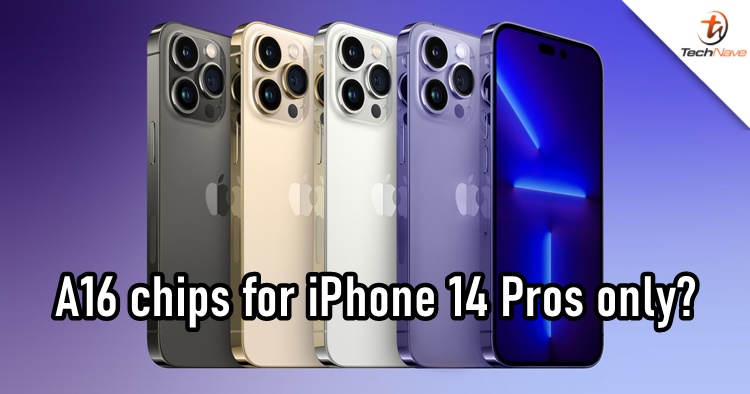 You read that right, the iPhone 14 Pro and iPhone 14 Pro Max may be the only devices that are getting the A16 Bionic chipset. This report was announced by TrendForce, a Taiwanese research firm. Honestly, we can't say we would be surprised if this turns out to be true because of the current chip shortage globally.

As you should know, Apple is reportedly launching four new iPhone 14 models this year just like last year. There could be a new twist, by introducing a new iPhone 14 Max that is the same size as the iPhone 14 Pro Max but alas, it (alongside iPhone 14) could not get the A16 Bionic chipset as reported by TrendForce. This report tallies with popular Apple analyst Ming-Chi Kuo's report too.

With this, there is a possibility that the iPhone 14 and iPhone 14 Max are only getting the A15 Bionic chipset. Although it's a last-generation chip, by all means, it's still a powerful chipset. On top of that, Mark Gurman from Bloomberg has also agreed that the non-pro variants are "likely to stick to the A15 from last year or a variant of it".

As aforementioned, the current chip shortage is the main culprit and may have affected Apple's manufacturing process. The issue has also contributed to a lot of devices, raising up the price highly that started from the pandemic two years ago. Since everyone was once stuck at home, reliance on devices for entertainment, education and work increased tenfold and logistics could hardly catch up with the demands.

The next iPhone 14 series should be revealed in September as per tradition. Are you still looking forward to it? Let us know in the comments below and stay tuned for more trending tech news at TechNave.com.