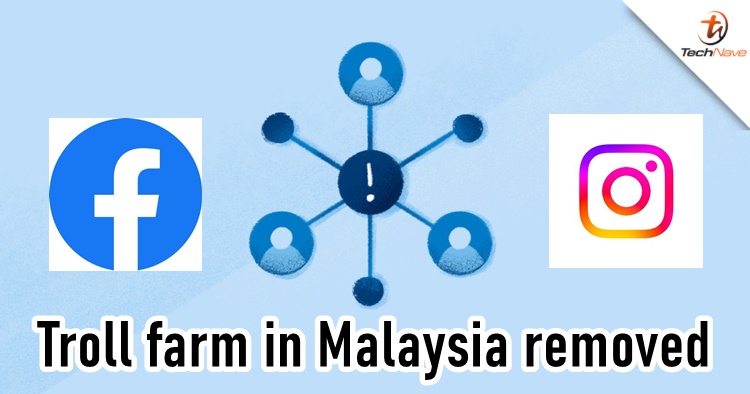 Today, Meta released its second quarter Adversarial Threat Report 2022 and we found a few interesting details. In the summary key findings, they shared their findings about Coordinated Inauthentic Behaviour (CIB) operations found in Malaysia and another in Russia. Obviously, we are going to talk about Malaysia's case so grab some popcorn and read on below.

Scrolling down to Malaysia's section on page 18, Meta announced that the specialized team has removed 596 Facebook accounts, 180 pages, 11 groups and 72 Instagram accounts due to CIB operations. All these accounts function as a "troll" farm in Malaysia to corrupt and manipulate targeted Malaysians.

Not surprisingly, these trolls were active and posting Malay memes to support the current government. Some were even functioning as independent news entities, promoting the police force and criticising the opposition. Perhaps what gave away were the active postings during lunchtime on the weekdays. Also, their fake accounts had stolen profile pictures, were very under-developed, as well as join one or more Pages or accounts together which made it suspicious.

Furthermore, Meta reported that this may have something to do with the Royal Malaysia Police (allegedly). At the end of the report, it was estimated that around $6000 (~RM26.7K) was spent on Facebook and Instagram ads, paid primarily in Malaysia Ringgit. Besides the aforementioned social platforms, the trolls were also active on TikTok and Twitter.

If you would like to read the full report, you can visit the link right here. Stay tuned for more trending tech news at TechNave.com.