Moto Edge X30 to be the first device with Snapdragon 8 Gen 1, not Xiaomi 12 It turns out that the first device to launch with the latest Qualcomm Snapdragon 8 Gen 1 is not Xiaomi 12. Today, Moto has announced that it will be the first brand to introduce a flagship with the chipset, and it's happening in just three days.

On 9 December, Moto will debut the Edge X30 as the first device to come with the latest Snapdragon flagship chip. The CEO of Lenovo's mobile division explained that by doing so, "it can directly compete with Apple and Samsung in the global market, especially in South America", despite having a small market share in China. He also added that the brand has surpassed 50 million units this year and will continue to increase its performance in China. 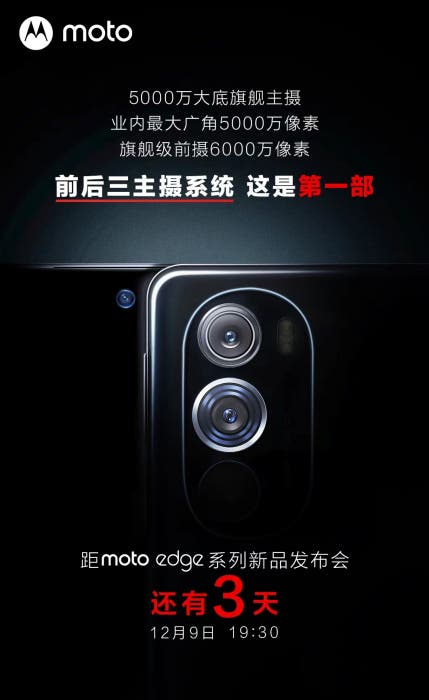 Back to the device, the company has confirmed the tech specs of two camera sensors on the Moto Edge X30. There will be a 50MP sensor on the rear alongside a 60MP sensor on the front. It will also come with a 6.67-inch 144Hz OLED display with FullHD + resolution.

It's really surprising to see Moto coming to us like this, and we can't wait to see how the device performs! Leave a comment to let us know what you think and stay tuned to TechNave.com for more exciting tech news.