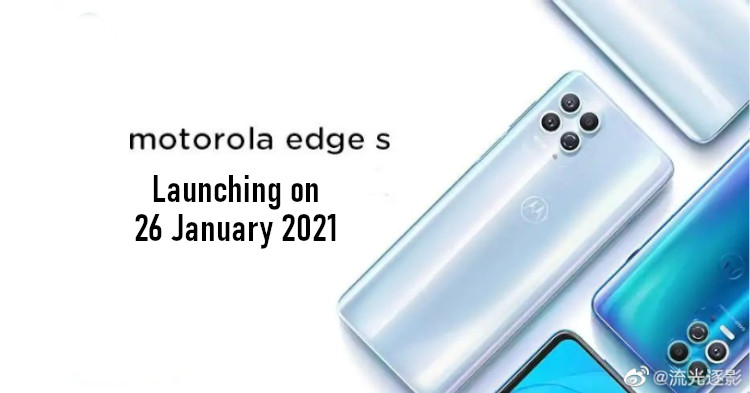 Motorola isn't a brand that appears in leaks or rumours a lot. But when you see a few related ones pop up, it's quite likely that the product is coming soon. Case in point, the Motorola Edge S, which now has a launch date.

Thanks to a tweet from @TechnoAnkit1, we now know that the Motorola Edge S will be launching on 26 January 2021 (7:30 PM MYT). It's going to be unveiled in China first, with no news of a global launch thus far. Also, the tweet clearly shows that the device has a quad-camera setup at the back in square-alignment, along with a dual-LED flash.

We already know that the phone will come with a Snapdragon 870 chipset. Besides that, not much else has been revealed. However, we could use last year's Edge Plus as a reference, as it is also a Motorola flagship. In that case, we could expect the Edge S to have at least 8GB of RAM and at least 128GB of internal storage. It could also have an OLED display with at least a 90Hz refresh rate.

Of course, we won't know for sure until the launch in 2 days. This could be Motorola's chance to make a comeback, but what do you think the phone needs to really stand out? Let us know in the comments below and stay tuned to TechNave for further updates.