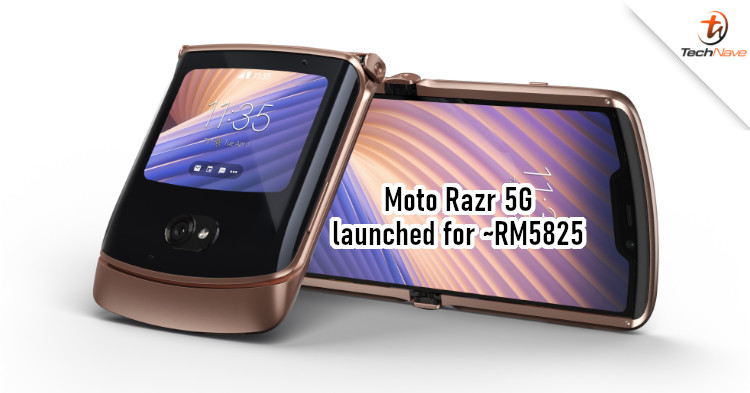 After weeks of teasing, Motorola has finally lifted the veil off its next foldable smartphone. The Moto Razr 5G launched earlier today is a successor to the Moto Razr from last year, but comes with a bunch of improvements. As the name suggests, one key upgrade is that it now has 5G connectivity.

Motorola has uploaded the details of the Moto Razr 5G to its website, revealing key tech specs and features of the phone. Unlike its predecessor, it comes with a much more powerful Snapdragon 765G chipset. Moreover, it has more RAM and internal storage at 8GB and 256GB respectively. The sizes of the displays haven't changed, but the battery capacity has been increased to 2800mAh.

Another major improvement would be the cameras. Where the original Moto Razr sported a 16MP main camera, the Moto Razr 5G now has a 48MP main camera that should be able to take much better pictures. The front camera also saw a drastic increase in pixel count from 5MP to 20MP. As for features, the external screen is also expected to support more apps now.

The new foldable is already available in the US for USD 1399 (~RM5825), with China and Europe releases expected in the coming weeks. It's definitely much better value than the first Moto Razr, but would you be interested in getting one? Let us know on our Facebook page and stay tuned to TechNave for more news like this.