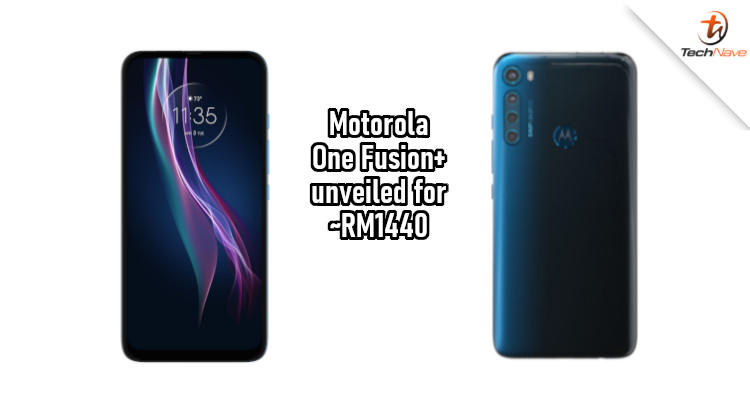 If you recall, Motorola unveiled the Moto G Fast and Moto E recently. The company was expected to launch its mid-range smartphones in June 2020, so those two models were just the beginning. Now, Motorola has launched the Motorola One Fusion+ for the Europe market.

We first got hints of the Motorola One Fusion+ back in April, when it was said that the device will launch with a Snapdragon 675 chipset. But it was later confirmed that the phone will have a Snapdragon 730 chipset instead. This smartphone also has 6GB of RAM, 128GB of internal storage, and a large 5000mAh battery. Additionally, it has a 6.5-inch FHD+ display that is free from notches or punch-holes. That's right, the Motorola One Fusion+ doesn't have any camera holes on the display because it's using a 16MP pop-up camera. It also has quad-cameras at the back, including a 64MP main camera, 8MP ultra-wide camera, 5MP macro camera, and 2MP depth sensor. Both the ultra-wide and macro cameras support RAW photography, which is great if you want to be able to edit your shots.

The Motorola One Fusion+ is available for 300 Euros (~RM1440) but hasn't confirmed whether the phones will be available in regions outside of the Europe and US. With that said, would you be interested in getting this device if it's launched in Malaysia? Let us know on our Facebook page and stay tuned to TechNave.com for more news.