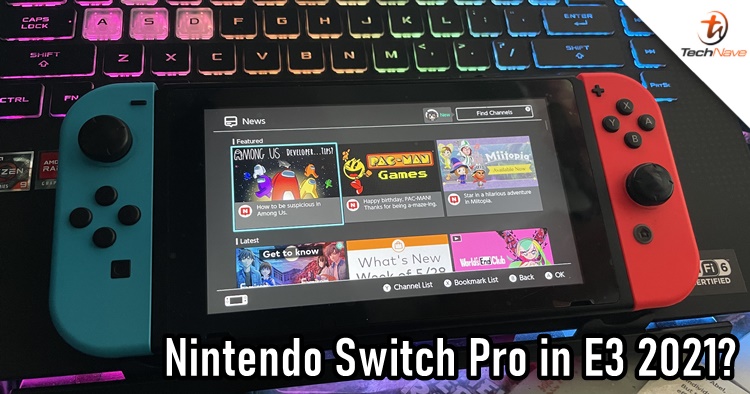 From time and time, we would see and read news about the so-called Nintendo Switch Pro variant that could be coming out this year. Despite this, the news doesn't hold a lot of weight but maybe this latest one could.

According to Bloomberg, Nintendo could start manufacturing the new Switch Pro in July and launch it in September or October 2021. There is also strong evidence that they might unveil it formally in E3 2021 which starts from 12 June, as they are making their appearance there. Leakers Emily and Nick from Twitter also received news that Nintendo was supposed to announce it this week but it has been pushed back.

At the moment, I’m told the Super Nintendo Switch (that’s what I want the name to be damn it) Direct/Mini Direct/Announcement is scheduled for Thursday. But it’s been pushed before, could be again.

The Switch Pro also appeared online briefly on Amazon Mexico but of course, it has been taken down. This is not the first time that Amazon Mexico has done, as previously, the Spyro Reignited Trilogy game also appeared before it was officially announced by Activision back in 2018. The leak before revealed a September release date but it got delayed until November during that year.

In terms of features, the Switch Pro could sport a 7-inch OLED display in 720p. Although it can't reach 1080p natively, rumours have it that the dock can support up to 4K resolution. We can only wait and see until E3 2021 which is just around the corner. Stay tuned for more trending tech news at TechNave.com.