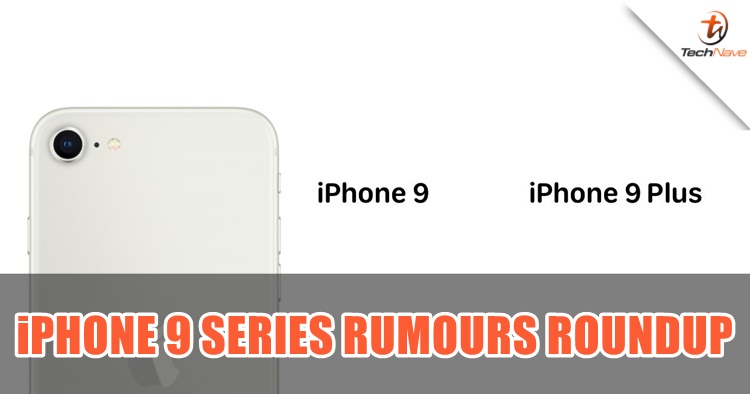 The new Apple iPhone 9 (or SE 2) rumours are steadily gaining steam especially from the recent iOS 14 leaks. There are a few bits of information here and there, but thankfully, @theapplehub managed to collect them and this is what we know so far about the iPhone 9 as well as the iPhone 9 Plus.

Starting with the iPhone 9, rumours have already speculated that Apple could bring back the compact 4.7-inch LCD display and the Touch ID. It's quite powerful too since it's equipped with an A13 Bionic chipset, running on 3GB of RAM in either 64GB or 128GB internal storage. There is also a single 12MP rear camera and with all these simple tech specs, the starting price is $399 (~RM1738). 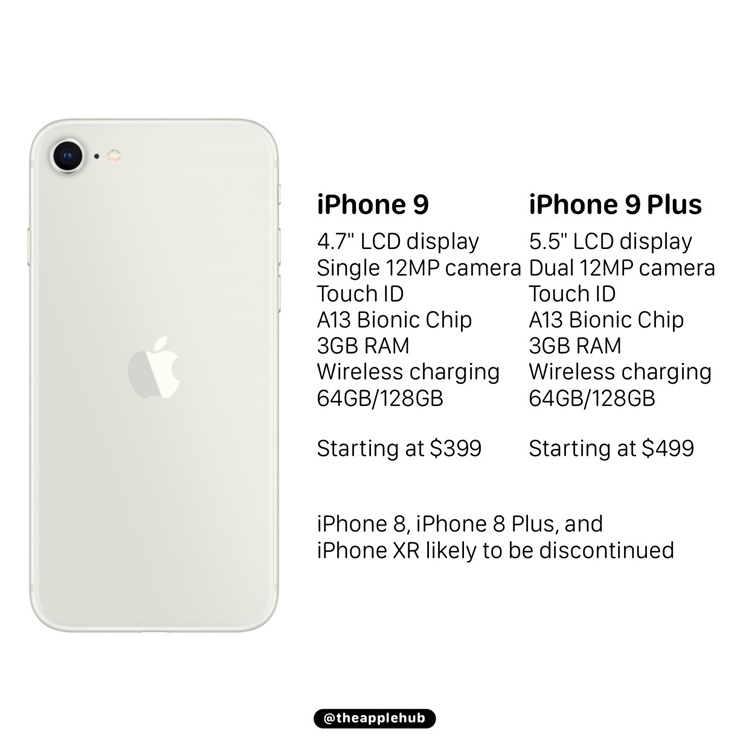 On the other hand, the iPhone 9 Plus is a new one that was dug from the iOS 14 leak. The plus variant will be more or less the same except that it's bigger with a 5.5-inch LCD display and carrying a dual 12MP + 12MP rear camera. It's also nice to know that the iPhone 9 series has wireless charging available. No words about the battery power capacity on both iPhones.

The iPhone 9 Plus costs $499 (~RM2174) which by all accounts, is still quite a reasonable price for Malaysians and fans of compact smartphones. Should the iPhone 9 series be official, reports have it that the iPhone 8 series and iPhone XR will likely be discontinued.

So what do you think of the iPhone 9 series tech specs? Looks quite good on paper, I'd say. Let us know on our Facebook page and stay tuned for more Apple news at TechNave.com.