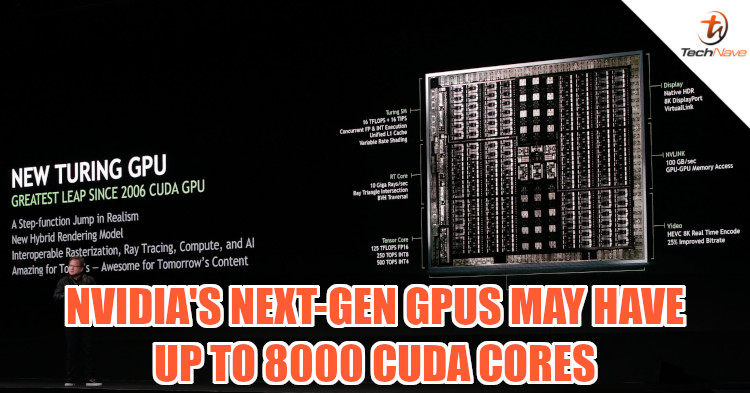 Three Nvidia GPUs have been spotted on GeekBench and they're believed to be the new Turing graphics cards that are expected to launch this year. According to TechSpot, the trio come with 124, 118, and 108 compute units respectively. This translates to an estimated CUDA core counts of 7936, 7552, and 6912.

It's uncertain what the configurations are, but the folks at TechSpot believe that the GPUs discovered are the next generation of Nvidia's graphics card. The GeekBench OpenCL scores for the three cards were 222377, 184096, and 141654 points - all very high scores that beat even the GeForce RTX 2080 Ti. For reference, the Nvidia GeForce RTX 2080 Ti has a score of 129084. 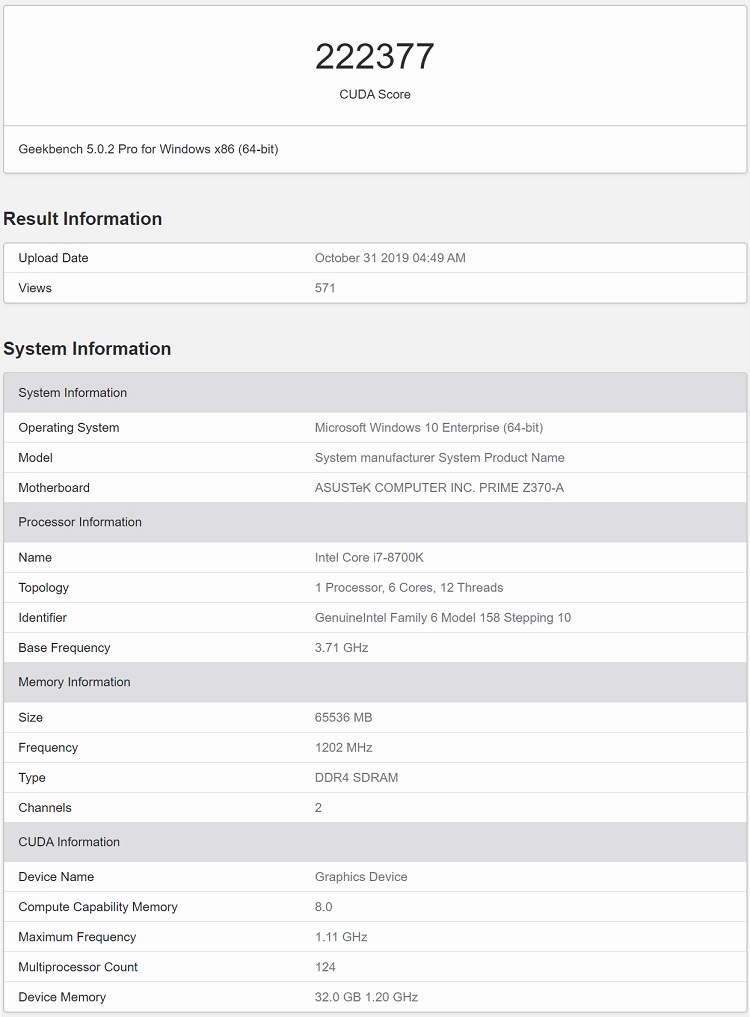 Judging from the specs so far, these could be early engineering samples of Quadro flagship GPUs. However, Nvidia does use the same GPU architecture for both its flagship-level Quadro and GeForce GPUs. Turing-based Nvidia GeForce GPUs could reach this level of specs, though we expect to see higher clock speeds than 1.1GHz. Of course, all we have now is speculation and we won't know more till the Nvidia GPU Technology Conference later this month.

With AMD's RDNA2-based GPUs expected to launch within 2020, it makes sense for Nvidia to prepare new GPUs to keep its dominance in the market. We'll be keeping an eye on how the PC graphics card space develops this year, so stay tuned to TechNave.com for future updates on this.