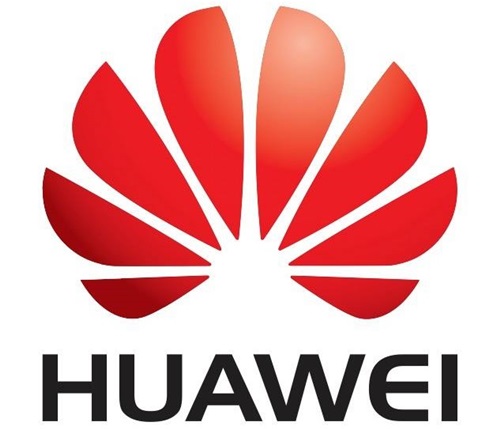 Just yesterday, when there was a new MediaTek chipset, Huawei decided to reveal a new processor today - the Kirin 960 as the new successor to the Kirin 955, coming with new upgrades in both CPU and GPU. 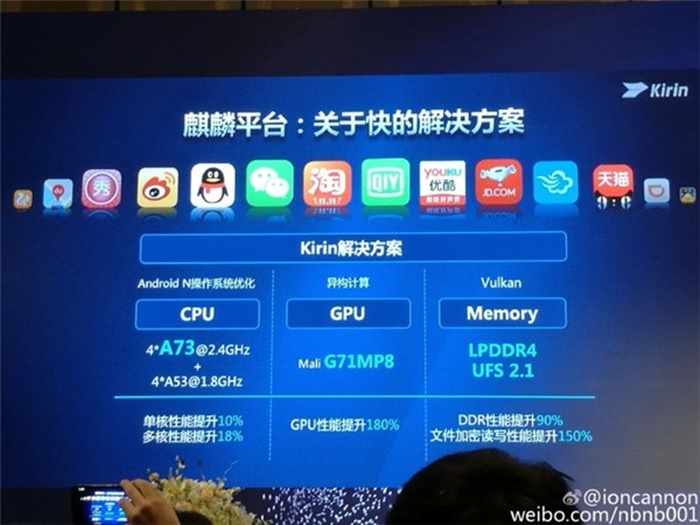 During the press conference, reports are saying the octa-core Kirin 960 SoC is made out of a new high-performance four Cortex-A73 cores and four lower ARM Cortex-A53 cores. To add on to that, the GPU gets a big upgrade with Mali-G71 MP8 GPU.

But that's not all, the company even went on to claim that during their Geekbench 4.0 test, the chipset scored 2000 points in the single-threaded score against the Snapdragon 821 processor, and up to 6300 points on the multi-threaded score. As for the GPU test, it was tested on GFXBench Manhattan and T-Rex which came up ahead of Snapdragon 820 SoC and even twice as much power as Kirin 950. 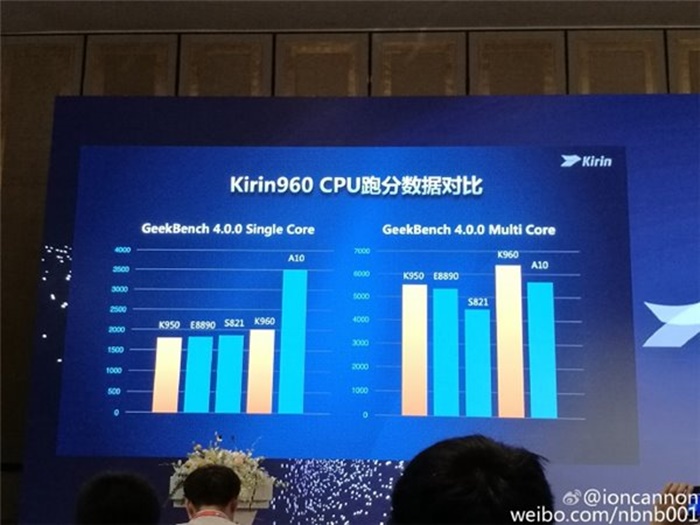 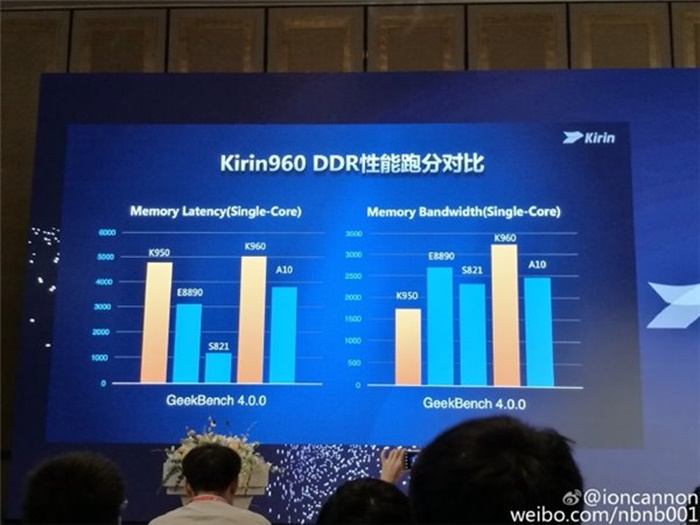 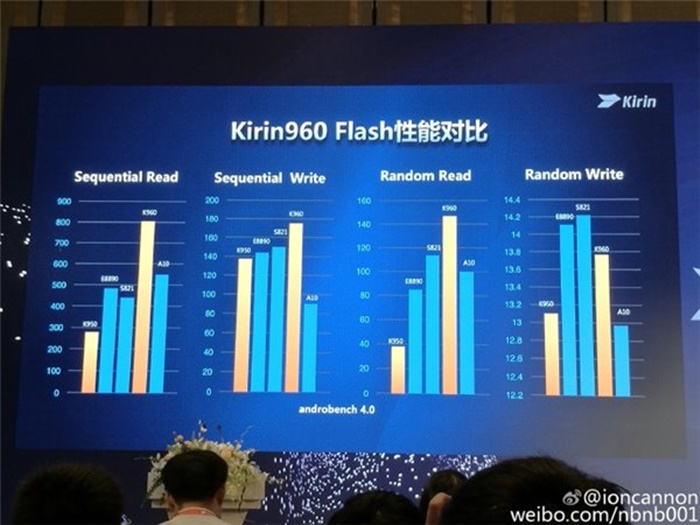 Huawei further explains the architecture of the Mali-G71 GPU, inside the structure, it's powerful enough to face a new level of high-end mobile graphics technology with superior energy efficiency. The Kirin 960 also supports the latest UFS 2.1 flash memory and LPDDR4 memory; while on the connection side, it supports LTE Cat.12 and LTE Cat. 13.

It's reported that the upcoming Mate 9 will be the first Huawei smartphone to feature the Kirin 960, stay tuned for more news at Technave.com.