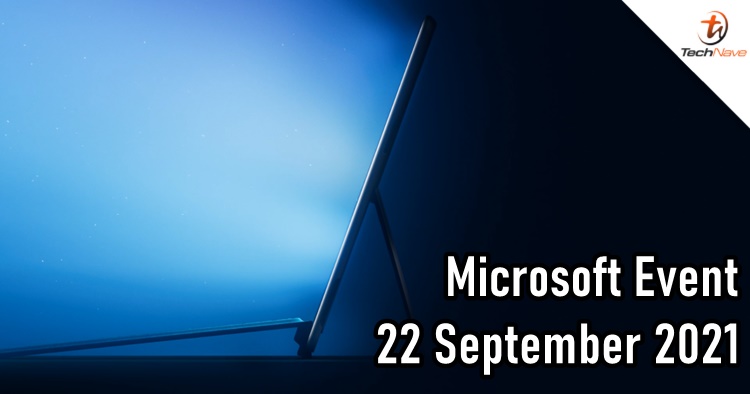 Just a few hours ago, Microsoft has confirmed that a new Surface laptop will be unveiled in the coming weeks. On 22 September 2021, the event will be live-streamed at 11 AM ET which is 11 PM at night in Malaysia's time zone. Besides announcing a new product, the company will also update us about devices and Windows 11.

About the new Surface laptop, it could very well be the Surface Duo 2 which was leaked beforehand. Rumours have it that this laptop could be featuring a triple rear camera module which includes the main sensor, ultrawide and telephoto lens. We won't be surprised if a Snapdragon 888 chipset is included as well alongside 5G and NFC.

There could be an appearance of the Surface Book 3 or Surface Laptop Pro. Whichever it is, it was reported that Microsoft is redesigning the high-end laptop lineup to become a non-detachable 14-inch display. Since Windows 11 launch is official on 5 October, it wouldn't be complete without a Surface Pro's update for the occasion.

Windows 11 and a new Surface laptop launch may co-exist together but we shall see. Until then, do stay tuned for the official update only at TechNave.com.