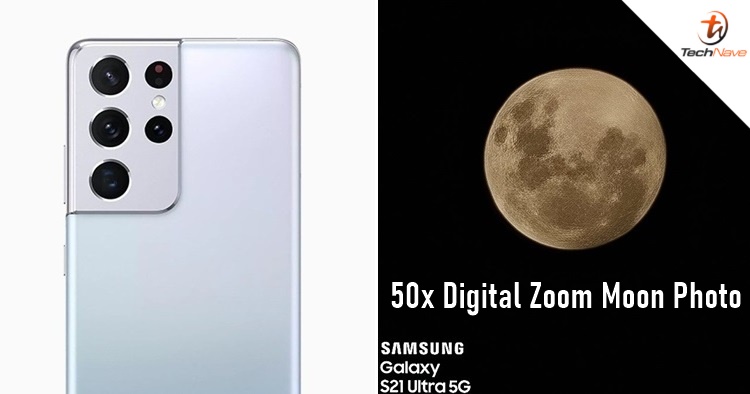 While it's already known for sure that the upcoming Samsung Galaxy S21 series is featuring a Snapdragon 888 chipset, that's not the case for the rest of the markets such as Malaysia. Traditionally, we would always receive an Exynos Galaxy model (and occasionally a Snapdragon special edition) and Malaysian Samsung fans dread that. However, Samsung might actually change our minds.

According to the latest report, the upcoming chipset is called the Exynos 2100 chipset. A user who is known as @chunvn8888 shared two photos - one taken from a Galaxy S21 Ultra Exynos model and other is the Galaxy Note 20 Ultra Exynos. Despite taking the same moon at 50x digital zoom, the former did a far better job there even after being compressed in Twitter.

My sources gave me 2 moon pic, one is the Exynos S21 Ultra that my source is using, another is the Exynos Note20 Ultra. Even with Twitter compression, you still can tell the difference between both

While the phones' configuration may be more or less the same, different chipsets would usually produce a different outcome to performance such as photo quality. Speaking of cameras, rumours have it that the upcoming flagship might have two telephoto lenses - a 10MP with 3x zoom + 10MP with 10x zoom. The latter lens is dubbed as the "super" telephoto camera and there could be a 2nd-gen 108MP sensor as well.

With this many rumours and leaks online, we have little doubt that the Galaxy S21 series could very well make its debut in January 2021. Are you excited to look forward to the next galaxy? Let us know in the comments below and stay tuned for more trending tech news at TechNave.com.