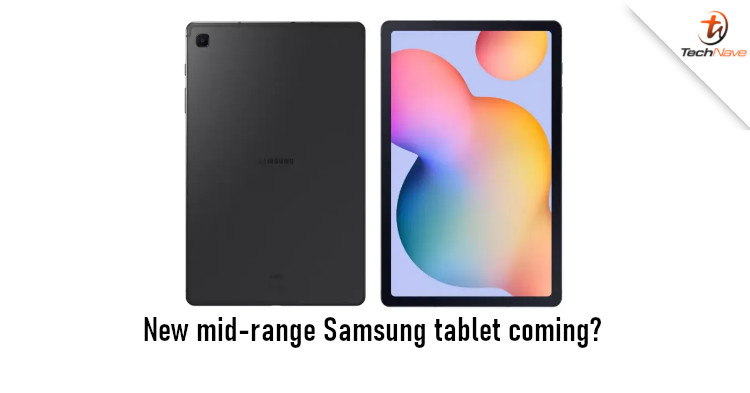 We know that Samsung is set to host an online-only Samsung Unpacked on 5 August 2020, where the company will unveil a variety of new products. The Galaxy Tab S7 series is probably one of them, but it may not be the only one. Recently, a new tablet was discovered and we believed that it could be a mid-range option.

Based on a benchmark record found on Geekbench, Samsung has a new tablet bearing the code number SM-T575. The tablet will run on Android 10, with an Exynos 9810 chipset and 4GB of RAM packed inside. This record was up since May 2020, while a new certification for a 5050mAh battery was recently found on TUV Rheinland (via Nashville Chatter). By adding up the currently revealed tech specs, it's reasonable to believe that this would be a mid-range tablet. 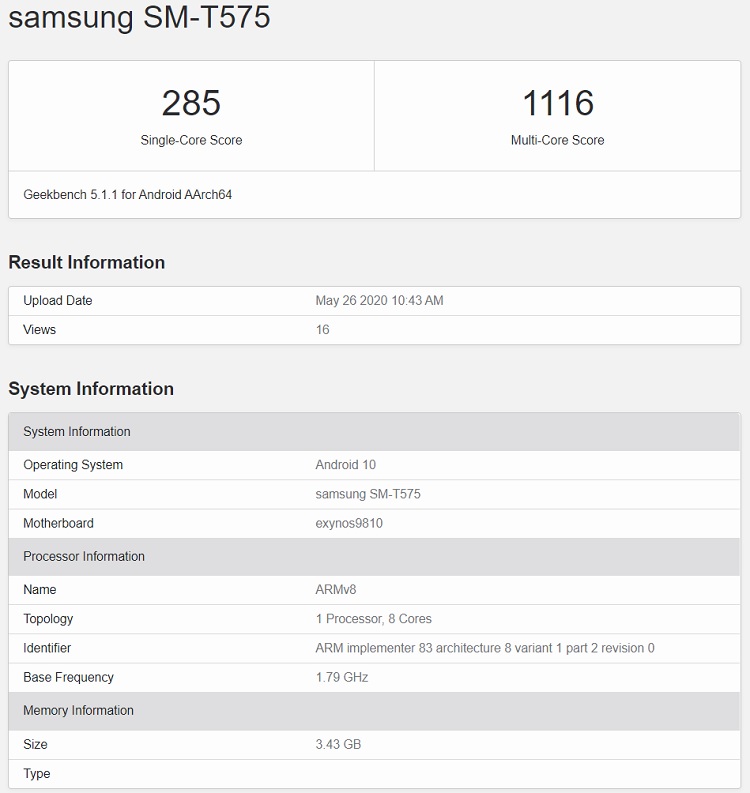 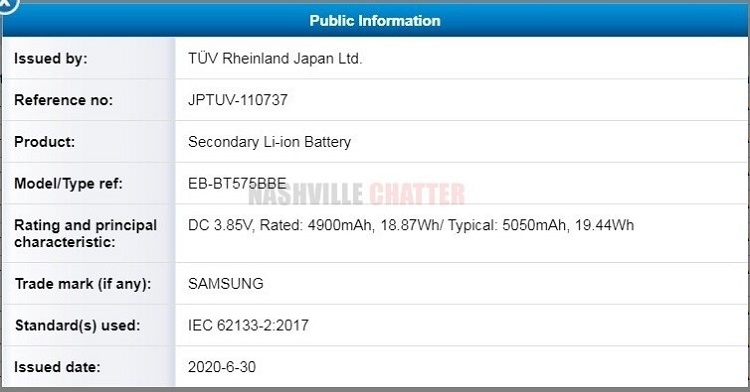 If you ask us, this could be a new Galaxy Tab A model for 2020. The Galaxy Tab A 10.1 from last year has the model number SM-T515 and also uses an Exynos chipset, specifically the Exynos 7904. While the Exynos 7904 is a more recent chipset, the Exynos 9810 will outperform it by a wider margin, which may be why Samsung chose it instead of making a new mid-range chipset. Considering the size of the battery, it could be for a smaller tablet at around 8.1-inch too.

Of course, the above is merely our speculation, so do take it with a grain of salt. With that said, would you be interested in a mid-range tablet using the 2-year-old Galaxy S9 series' chipset? Let us know on our Facebook page and stay tuned to TechNave.com for more news and updates.