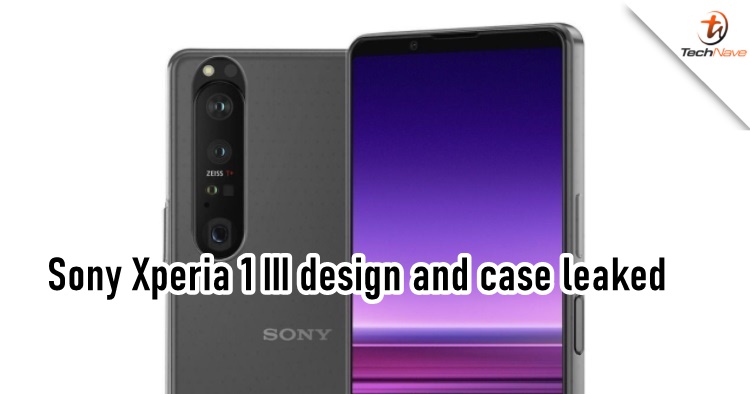 In case you have forgotten, Sony will be introducing a new phone on 14 April. If we have to guess, it's very likely to be the upcoming Sony Xperia 1 III and we just got our first alleged look at the design. The rendered images were leaked by Olixar (a case maker) and here's what we know so far.

Since Olixar is a phone case maker, he did a transparent casing for the Xperia 1 III on its website. Case makers often share the phone's schematics before the official launch so that the accessories will be ready beforehand. With this, we can see some detailed design features on the phone which includes a quad rear camera module with a periscope lens and many other familiar ones.

Knowing Sony Mobile, it's quite likely that they would continue the 21:9 display aspect ratio with no notches in sight. We can also spot an audio jack on the top, a side-mounted fingerprint sensor, a physical shutter button as well as the power and volume buttons. Besides that, Olixar also made some leather cases in brown and black which looks good.

Again, do take them with a pinch of salt as nothing is confirmed yet. But what do you think of the designs? Are you excited about the launch? Let us know in the comments below and stay tuned for more trending tech news at TechNave.com.