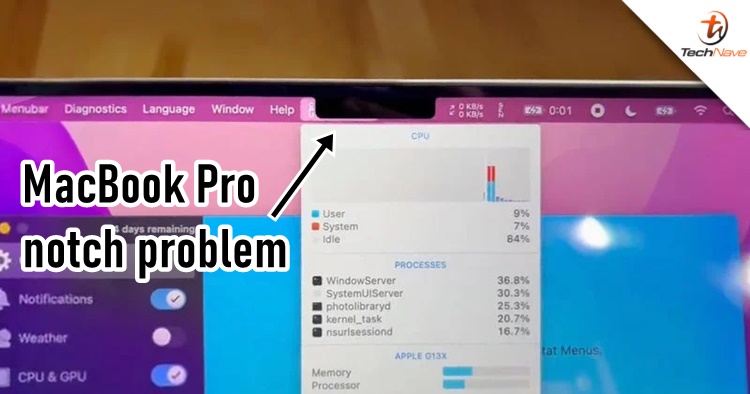 Apple is always known for doing something out of the ordinary and the latest one would be the notch on the new MacBook Pro. At first glance, the MacBook Pro's menu bar seems to fit right on top of the notch but turns out that it isn't the case.

According to Quinn Nelson, the owner and host of Snazzy Labs Media, he shared his disappointment on Twitter of the notch. He showcased that if there are too many menu items in the top bar, the ones in the centre will eventually overlap behind the notch meaning it wasn't optimised in the first place.

In the Twitter post, it seems that the third-party apps are the ones affected and they will just stay behind the notch. Even though that's the case, they are still functional when the mouse goes over them including the battery indicator. On the other hand, he also tried launching a DaVinci Resolve program and its extended menu (and mouse) actually avoids touching the notch.

Well, that's a major blooper for Apple's part and we are expecting a fix to come in the next few weeks for third-party apps and some of Apple's own apps to be optimised to the notch. Stay tuned for more trending tech news at TechNave.com.