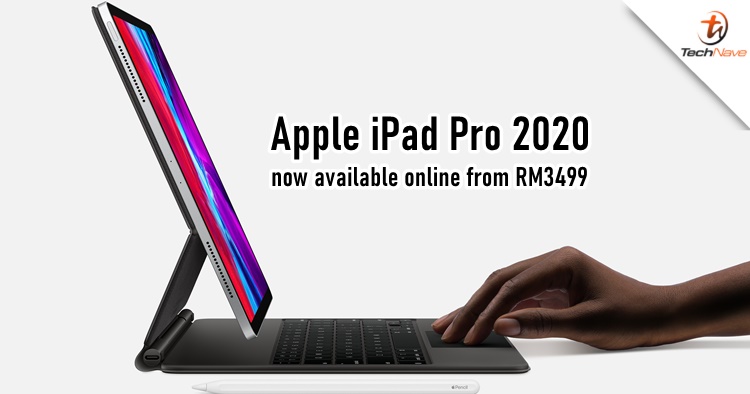 Update - The new Apple iPad Pro has officially launched on apple.com.my starting from RM3499. The Apple Pencil and Magic Keyboard (coming in May) are sold separately Moreover, Apple TV+ is bundled together with the tablet and it's free for a year. After the free trial, it will be RM19.90/month and it's One subscription per Family Sharing group. The offer is valid for three months after eligible device activation and the plan is automatically renewed until cancelled.

Apple Malaysia recently announced that the new iPad Pro which was unveiled earlier today is now available locally starting from the price of RM3499 for the Wi-Fi model while the variant with both Cellular and Wi-Fi capabilities starts from RM4149. Furthermore, it’s possible to get the tablet for much cheaper from RM3279 via education pricing, which you can find out more on their official website.

In terms of new features, the new iPad Pro comes with a new Ultra-Wide camera, studio-quality mic as well as a LiDAR Scanner for more accurate depth-sensing. With that said, Apple claims that the aforementioned tablet is currently the world’s best device for augmented reality. To add on,  it is also running with the new iPadOS 13.4 operating system which introduces a whole new way of doing things on the iPad which is not only efficient but also more natural. Tech spec-wise, the iPad comes equipped with the A12Z Bionic chipset, up to 1TB of internal storage, comes in either an 11 or 12.9-inch display, as well as up to 36.71-watt-hour internal battery. As for the camera, the tablet features a 12MP Wide camera as well as a 10MP Ultra in the rear while the front has a 7MP front-facing selfie camera.

Would you be interested in getting the new iPad Pro? Let us know on our Facebook page and for more updates like this, stay tuned to TechNave.com.