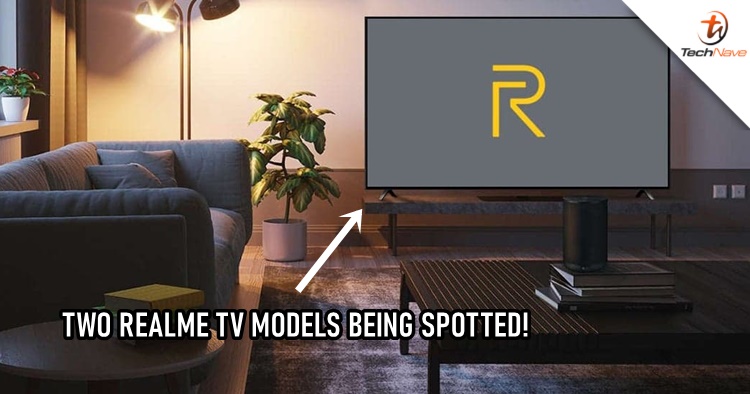 realme has missed the opportunity to launch their new product line which is TV due to the cancellation of the MWC 2020. However, there were still rumours saying that the company will proceed with the launch in India this year despite the pandemic. Before that happens, we have spotted two TV models from realme on the Bluetooth SIG certification listing, revealing another range of TVs that are going to be launched in the near future.

On the listing, it showed us some not-so-detailed information about the TVs, but at least we’re still seeing screen sizes and types of display such key elements. It looks like there are going to be two models in which one of them will be a 32-inch variant and a larger one at 43-inch. Both of the TVs have been labelled to be having LED display as well. Other than that, nothing else special has been mentioned. 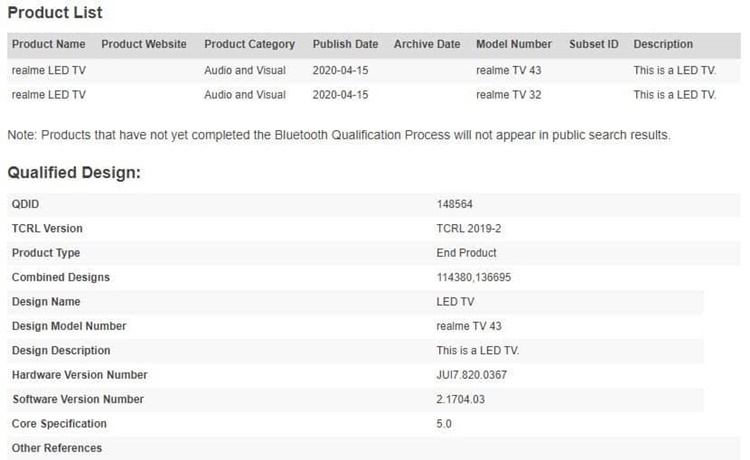 Earlier, we’ve already gotten the news that the company will offer a premium TV line as well with the model JSC55LSQL. It is expected to arrive with a 55-inch QLED display panel to rival against the OnePlus TV. The 55-inch model has also appeared on the BIS listing alongside a 44-inch model. Last but not least, it is also mentioned that realme would produce notebook PCs in the future if their TV line proves to be successful.

Let us know what you think about the upcoming realme TVs on our Facebook page. Stay tuned to TechNave.com for more viral tech updates.