New realme prototype device leaked in images, could be a new gaming smartphone Letting up doesn't seem to be in realme's nature, as the company has been pushing new products one after another in the first few months of 2020. The next bit of news from the company is about another smartphone, which came with a new image leaked online. It sports a design that's not seen on a realme device before, suggesting that it could be for a completely new series.

According to Digital Chat Station, realme has a new smartphone that hasn't been launched before. If that's the case, it eliminates the possibility of it being a special edition of a recently launched device. It's suggested that this could be realme's version of a gaming smartphone, owing to its fancy aesthetics. However, we believe that it could still be a fancy special edition for a flagship device, such as the realme X50 Pro. 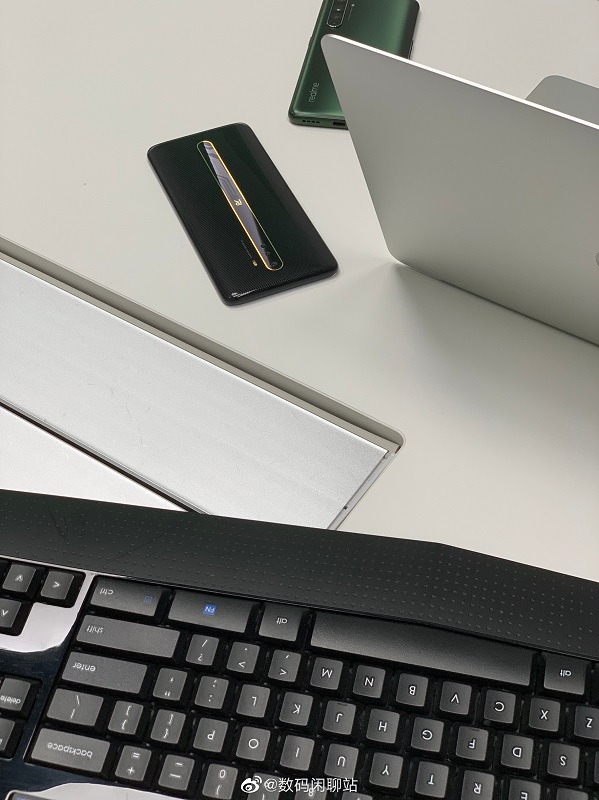 The leaked image on Weibo

If this turns out to be the brand's new smartphone, it should come with a Qualcomm Snapdragon 865 or the Snapdragon 865+ chipset that's expected later this year. Also, it will most likely have at least 8GB of RAM and 256GB of internal storage. From the leaked image, we can also see that it has a triple rear camera.

Bear in mind, with no concrete details to go with this, so do take this piece of new with a healthy grain of salt. Having said that, we're quite keen to see a gaming smartphone from realme. But what about you? Let us know on our Facebook page and stay tuned to TechNave.com for more news.