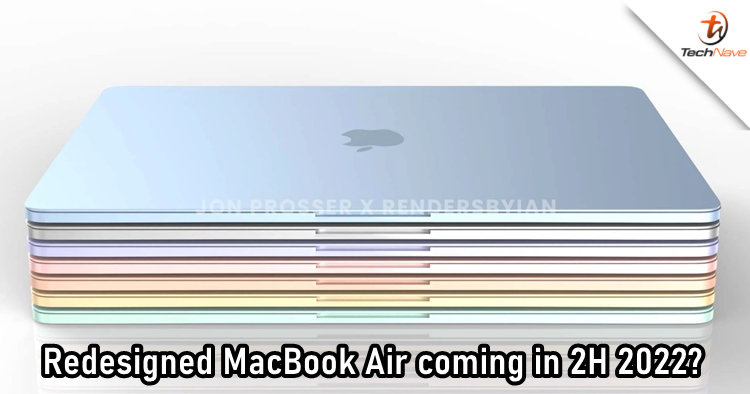 Recently, we received the rumour claiming that Apple will launch a redesigned MacBook Air this year. According to the latest information, the new MacBook Air that is supposed to arrive in early 2022 has now been pushed back to the second half of the year, and it totally makes sense as we didn't see one at the earlier event.

Besides that, Bloomberg's Mark Gurman shared that the laptop will also feature the M2 chip alongside MagSafe. Although Gurman didn't reveal anything else about the date predictions, it still goes well with the information shared by another reputable tipster, Ming-Chi Kuo. Since both of them had good track records with Apple-related leaks, we believe that we'll meet the new MacBook Air around that time.

Not only the upcoming MacBook Air, but Gurman also has some things for the MacBook Pro. It's said that Apple will not launch updated 14-inch and 16-inch MacBook Pro models until 2023. However, the tech giant will instead unveil an entry-level MacBook Pro featuring a 13-inch display and an M2 SoC. Does entry-level means cheaper MacBook Pro? We'll see.

Are you excited about seeing the redesigned MacBook Air? Drop a comment to let us know how you feel, and stay tuned to TechNave.com for the latest tech rumour.