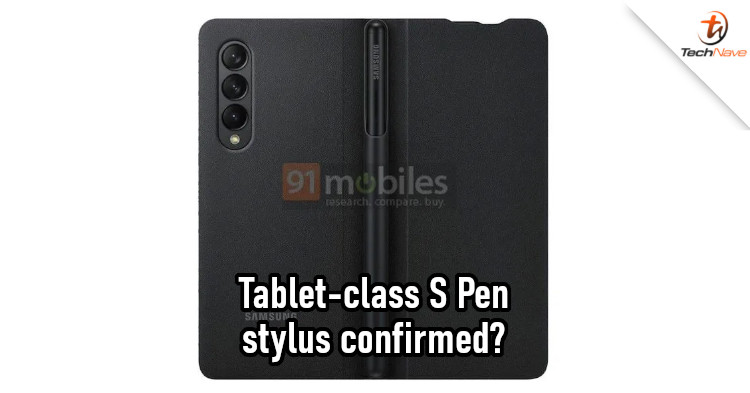 In the last few months, there has been a persistent rumour that the Samsung Galaxy Z Fold 3 will feature an S Pen. In fact, the latest rumour on that suggests that it will be a new Pro variant of the stylus. Now, we may have gotten confirmation about this.

According to 91Mobiles, renders for the official S Pen case has been leaked. The case can be attached to the Galaxy Z Fold 3, while the S Pen fits into a slot on the rear of the case right in the middle. From what we can see, the design is similar to a folio case. It also seems to be using either matte plastic or leather and is only available in black colour. 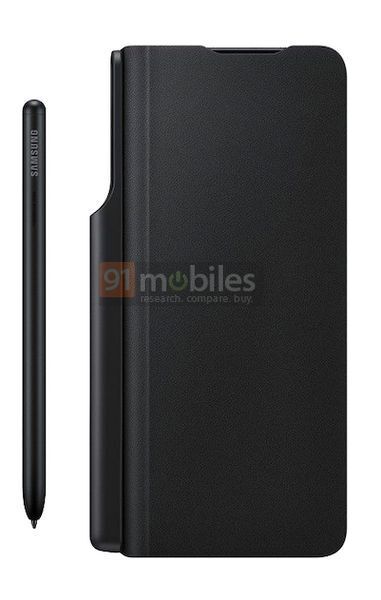 But at this point, we're pretty sure that the device will come with S Pen support. The only question is whether the stylus will be bundled with the device. But with that said, do you feel that the Galaxy Z Fold 3 needs S Pen support? Let us know in the comments, and stay tuned to TechNave for further updates on this.