Current Location: Home > News > New reports are saying the Samsung Galaxy Note 20 display will be a downgrade from its predecessor 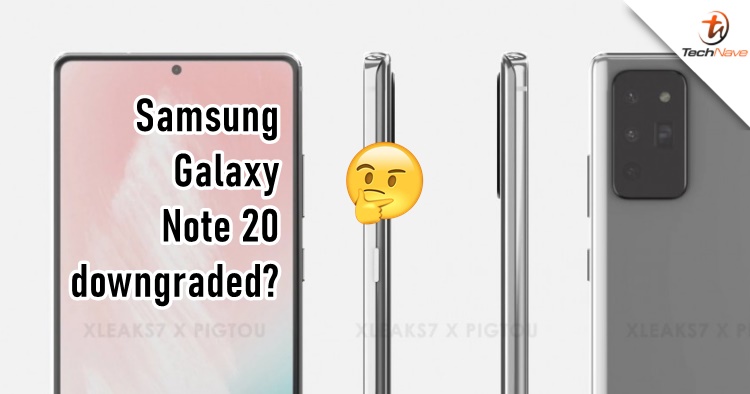 Samsung Electronics will usually showcase their latest Note series during August annually and from the rumoured news, we might be seeing not one, but three Note series variants which are none other than the Galaxy Note 20, Note 20+ and the Note 20 Ultra. However, new reports coming in are claiming that the Note 20 display will be a downgrade.

According to a reliable tipster, @UniverseIce, he posted that the vanilla Note 20's display feature is rather disappointing which features a flat-screen, FHD resolution and 60Hz refresh rate only. Compared with the predecessor, this is quite a far cry and doesn't really make sense as the entire Galaxy S20 series have up to 120Hz refresh rate. @UniverseIce even went as far as calling the Note 20 as just the lite version and its specs are far from the Note 20 Ultra.

I don't know what you think. For me, I can't accept any 60Hz mobile phone. It will cause me serious discomfort.

I think its comprehensive specifications are even lower than Note10, at least Note10 is still curved screen and narrow bezel.

If the reports are true, it's quite possible that Samsung might be done with slapping curved edge displays for their Galaxy smartphones. Or either that, Samsung might be using this common tactic to push consumers to go for the Note 20 Ultra which will have the best specifications. Well, time will tell and also do take this news with a grain of salt.

Besides the Galaxy Note 20 series, other Samsung devices such as the Galaxy Fold 2, Z Flip 5G and a new Galaxy Watch 3 should appear at the Unpacked Event in August. Stay tuned for more trending tech news at TechNave.com.