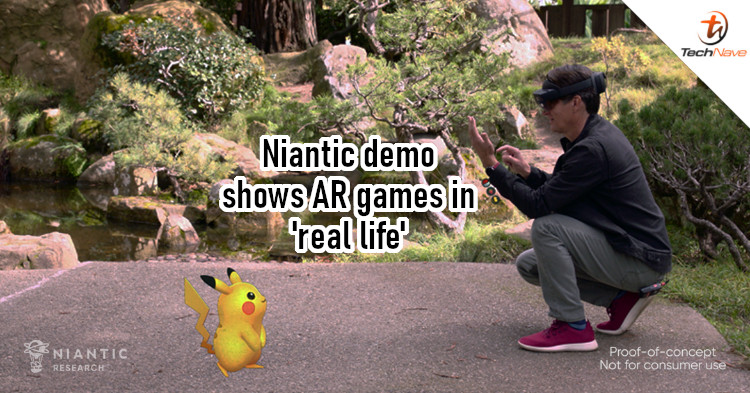 If you're a big fan of AR games, this bit of news could be exciting for you. Microsoft recently hosted the Ignite 2021 event, where many companies showed new technologies. One of them was Niantic, which revealed a new tech that can bring AR games to 'life' with Microsoft hardware.

Niantic unveiled a new proof-of-concept at the event, showcasing how devices like the Microsoft Hololens 2 can improve the AR experience. Niantic used Pokemon Go in its demo, where Niantic's CEO John Hanke showed how you can talk and connect to virtual avatars with the Hololens 2, as well as interact with AR games like Pokemon Go.

We’re thrilled to collaborate with @microsoft & @hololens on new experiences that will weave together the digital and physical world. Check out this proof-of-concept demo, built on our planet-scale platform, and the amazing possibilities that could await. https://t.co/ig0bQUIQ8b pic.twitter.com/gGk5djVayC

Furthermore, Niantic announced that it will be partnering with Microsoft. From the description given, it would seem like the goal is to develop new technology to advance AR experiences. While Niantic said that its demo may not be for consumer use, it does offer "an early glimpse into the future".

It'll be interesting to see this type of tech in action, once it's out for general consumers. But what do you think, would you buy a Hololens 2 just to enhance your Pokemon Go experience? Let us know in the comments below, and stay tuned to TechNave for more news like this.