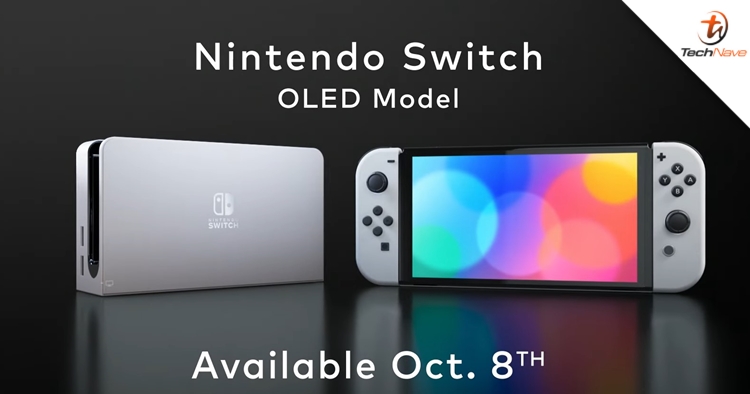 A few minutes ago, Nintendo dropped a surprise announcement of the latest Switch (OLED Model) and had the fans went berserk. It turns out that the rumour is true about the new gaming console having an OLED display.

The popular Nintendo gaming console has now been upgraded with a larger 7-inch OLED screen. It also has enhanced audio and 64GB of internal storage. The console comes with a wider stand as well and it can be adjusted at different angles when in Tabletop mode. Furthermore, the new dock has a built-in wired LAN port now for you to connect online. Other than that, the star features of the Switch remain the same in this one.

The new Nintendo Switch (OLED Model) will be available starting from 8 October 2021. It will be priced at 349.99 USD (~RM1,454) for the American market. The colourway announced is only White for now but the company is likely to release special editions in the future.

Let us know what you think about the new Nintendo Switch model on our Facebook page. Stay tuned to TechNave.com for the latest gaming news.