Current Location: Home > News > No Snapdragon 870 version of realme GT 5G, but price of phone estimated to be around RM2999

No Snapdragon 870 version of realme GT 5G, but price of phone estimated to be around RM2999 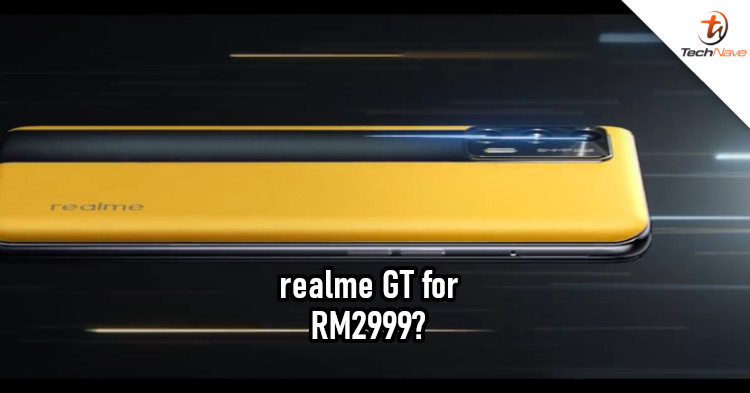 It seems that we don't even need to wait for a launch to know everything about the realme GT 5G. Frequent leaks have seen most of the phone's specs unveiled in recent weeks. But speculations of the price have also started to appear.

In a series of new Weibo post, realme CEO Xu Qi showed more of the realme GT 5G's specs. He also confirmed that there won't be a separate variant with the Snapdragon 870. Interestingly enough, he also hinted that the price of the phone will be based on the realme X50 Pro. For your info, that phone was launched in Malaysia last year for RM2999. 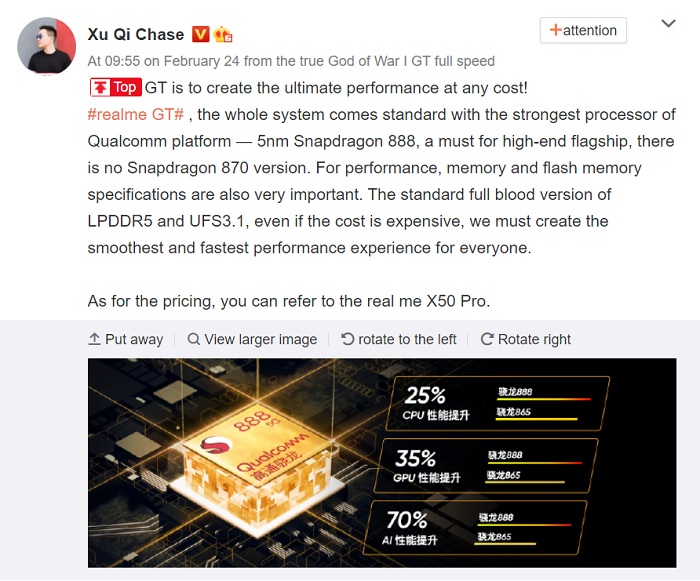 The realme GT 5G is set to launch on 4 March 2021, but we already know most of its specs. It's expected to come with the Snapdragon 888 chipset, 8GB of LPDDR5 RAM, and at least 256GB of UFS3.1 storage. Despite all the hardware packed inside, it's still quite thin at 8.6mm and not too heavy at 186g.

If you consider the design and hardware specs for the realme GT 5G, a sub-RM3000 price is not too bad. Having said that, would you be interested in buying this once it launches in Malaysia? Let us know in the comments and stay tuned to TechNave for more updates about it.