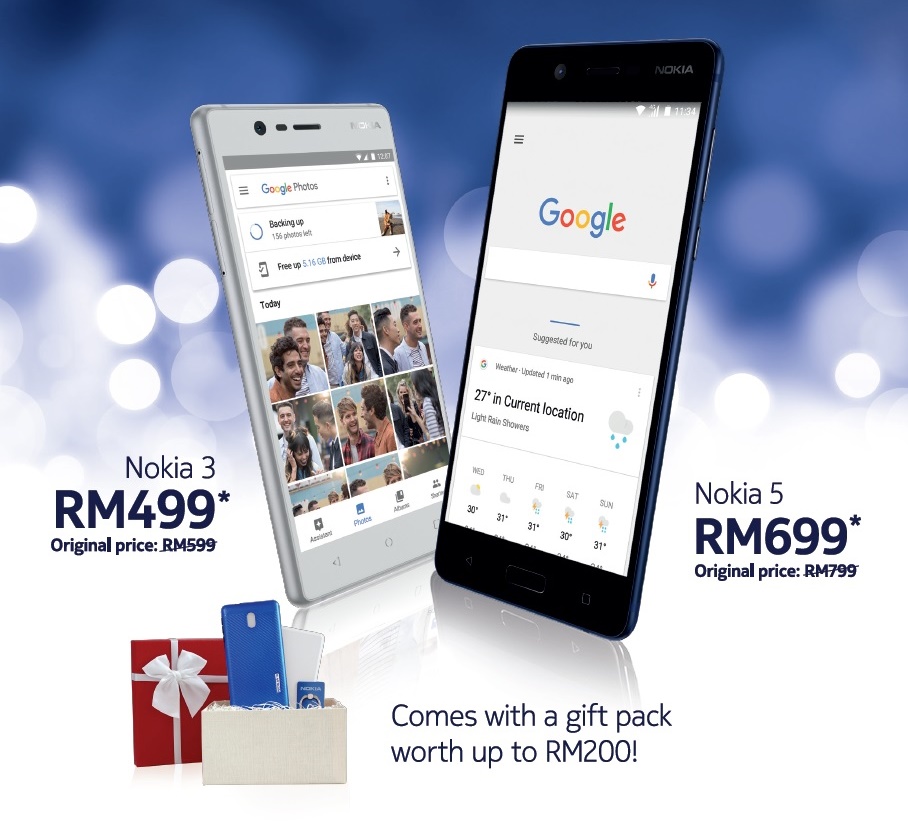 Update: Due to the popularity of the promotion sales, HMD Global has just announced that the Nokia 3 and Nokia 5 promo sale have been extended until the end of January 2018. Gift pack for the two phones still apply, while stocks last.

If it's December, then it means the year-end sale is here! HMD Global, the current home for Nokia will be celebrating its first anniversary in Malaysia and they are now offering Malaysians a special deal on the Nokia 3 and Nokia 5, which will be at a discounted price of RM499 and RM699 respectively.

It's not just the discounted price by HMD Global, but customers who purchase the devices will receive a gift pack as well such as phone accessories (worth RM150) from the Nokia 3, while those who buy the Nokia 5 will also be granted phone accessories worth RM200. That being said, the promotion (while stocks last) will be available at all Nokia stores throughout Malaysia starting now until the end of December.