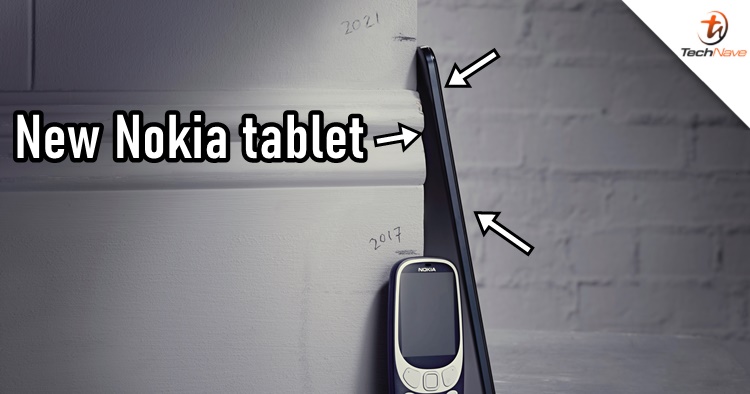 Just a few hours ago, Nokia Mobile posted a teaser on its Twitter page about a new tablet. Indeed, the rumour last week turns out to be true and as you can see in the picture, there's a tablet placed beside the classic Nokia 3310. Here's everything we know about it so far.

According to sources, the tablet could be named the Nokia T20. With a dark grey skin build, rumours have it that the T20 could feature a 10.4-inch display, 4GB of RAM and 64GB of storage. Like other tablets, there also could be two models - one based on WiFi only and the other that supports 4G connectivity.

Everything you’d expect from a Nokia phone in a tablet.
Coming 6.10.21 pic.twitter.com/uTssAURMMQ

The Nokia T20 is said to be revealed on 6 October 2021 so we aren't that far from it. Until then, stay tuned for more trending tech news at TechNave.com.