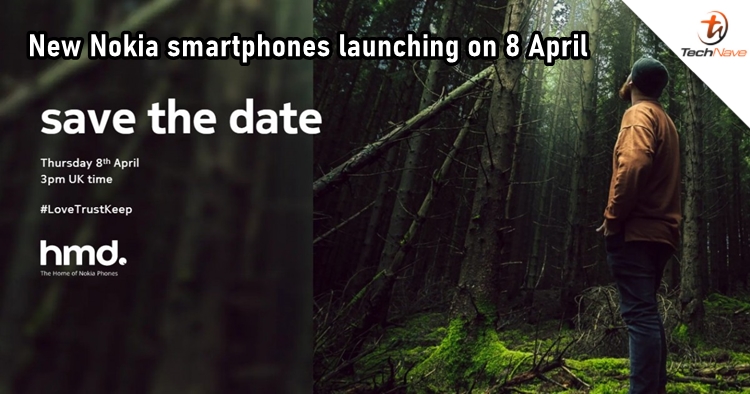 HMD Global will adopt a new naming scheme for its Nokia smartphones and it was rumoured that a few devices are coming with it soon. According to previous reports, Nokia is expected to bring three devices including G10, X10, and X20. The G10 is even said to be a budget gaming device. Now, the launch date of the smartphones has been confirmed and it's to be on 8 April.

Before the launch happens, let's have a recap on what are the tech specs and features that the upcoming Nokia devices could bring. For the G10, it is expected to feature a MediaTek Helio P22 chipset, a 6.38-inch HD+ display (720p), a 48MP quad-camera setup, and a 4,000mAh battery. Its price is said to be at around 140 Euro (~RM688) when it arrives.

Let us know what you think about these upcoming Nokia smartphones on our Facebook page. Stay tuned to TechNave.com for more smartphone news.