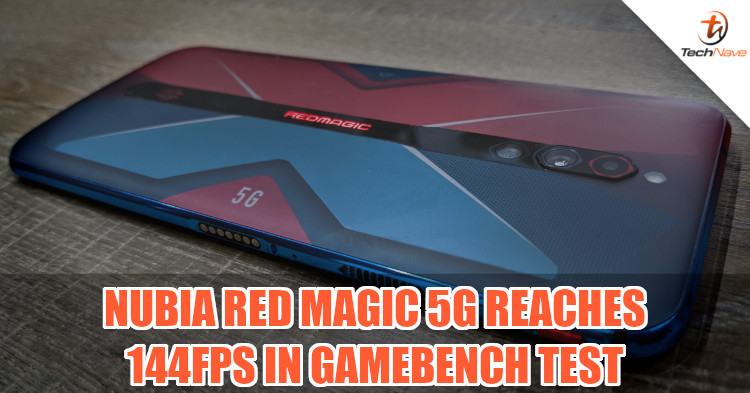 With how the numbers are constantly going up, it was bound to happen eventually. The good people at GameBench recently tested the Nubia Red Magic 5G with a few games via GameBench and the results look great. Of the three games tested, the device scored a median of 144 FPS on Real Racing 3, becoming the first device to do so.

According to a GameBench blog post, the Red Magic 5G now has the organisation's Ultra-144 badge for Real Racing 3. It also scored an average of 90 FPS for PUBG Mobile, and a solid 60 FPS for Arena of Valor. While Real Racing 3 is a very old game, the other two are more recent. The Red Magic 5G's performance here proves that the device will do very well in mobile gaming. As we've written in a previous post, the device will be running a Snapdragon 865 chipset. GameBench also confirmed that it will have 12GB of RAM, 256GB of internal storage, a 5000mAh battery, and active cooling to keep the phone's temperature in control. Its display will also support customisable refresh rates of up 144Hz to complement its gaming performance too.

The Red Magic 5G is shaping up to be a great gaming smartphone, one that will excel in gaming and have the display to max its performance. Our big questions are: When is this going to launch and would you buy it if it comes to Malaysia? Let us know on our Facebook page and stay tuned to TechNave.com for more news like this.