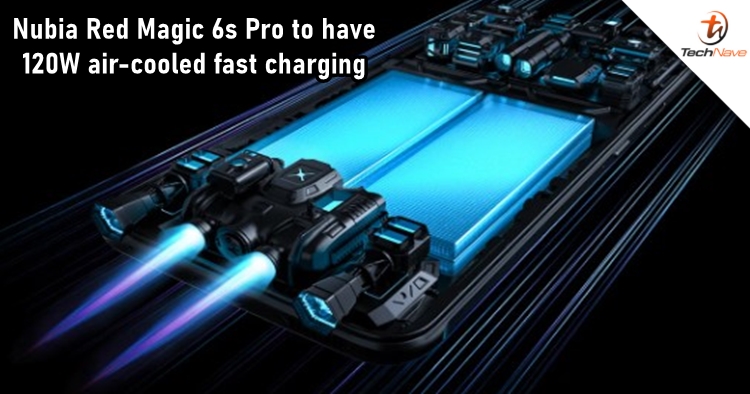 A few days ago, a teaser poster of the upcoming Nubia Red Magic 6s Pro had hinted at aerospace-grade heat dissipation technology. Besides cooling the device during intense usage, the official Red Magic Weibo account has also announced today that the device will come with air-cooled fast charging technology.

The Red Magic 6s Pro is expected to arrive with a 4,500mAh dual-cell battery that supports 120W fast charging. As it comes with such high charging capacity, the brand decided to use air-cooling to keep the temperature down. The new poster also claimed that the device will get a full charge in just 17 minutes. Most importantly, the device's box will include a 120W GaN charger as well for the action. 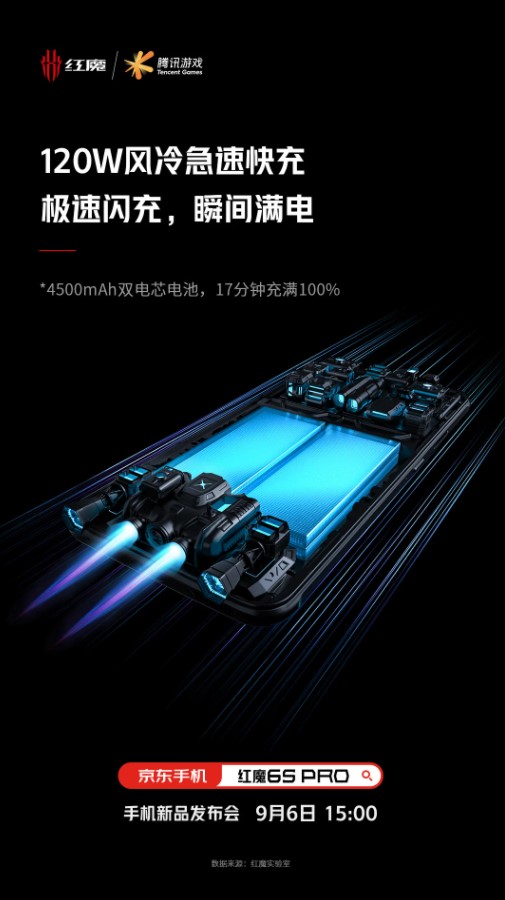 Previous rumours suggested that the Red Magic 6s Pro will feature Qualcomm Snapdragon 888+ processor and sport a 6.8-inch OLED screen with 1080p resolution. It could also bring a 64MP triple-camera setup. Earlier this week, Nubia has confirmed that the device will have a 720Hz touch sampling rate and a touch response rate of 7.4ms, with the refresh rate maintains at 165Hz.

Are you excited about seeing the Red Magic 6s Pro? Let us know by leaving a comment and stay tuned to TechNave.com for more smartphone news.