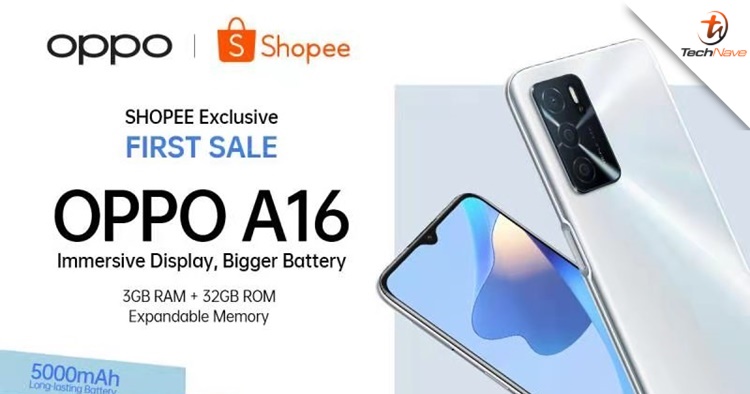 OPPO Malaysia has officially announced that they will be launching the OPPO A16 smartphone at the price of RM549, which will be available starting from 19 August 2021 onwards. Those who purchased the aforementioned device can be purchased from either OPPO’s Online Store or OPPO’s official Shopee store from 19 August until 26 August 2021 will get a discounted price of RM529.

In addition to that, they’ll also be eligible for a bunch of free gifts including a Grab voucher worth RM20 and an 8” x 8” Hard Cover Photobook Voucher. But that’s not all, OPPO will be hosting a live giveaway show on Shopee where you could stand a chance to win another RM20 cash voucher and a complimentary RM5 GrabFood Voucher if you’re one of the first few to purchase the smartphone. 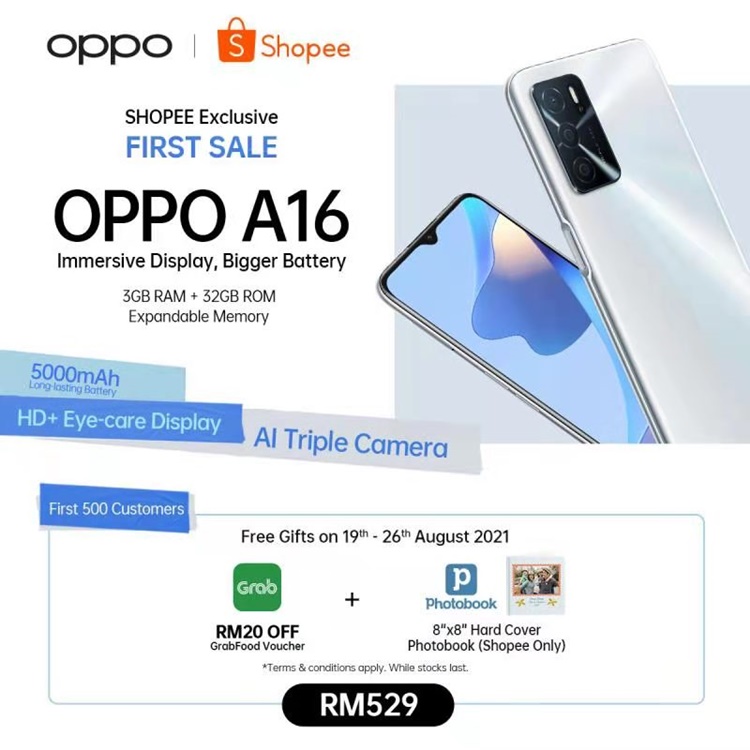 In terms of the tech specs, the OPPO A16 is equipped with an Helio G35 chipset, 3GB RAM, 32GB ROM, 6.52-inch display, and a 5000mAh internal battery Camera-wise, it has a 13MP + 2MP + 2MP triple rear camera setup and a single 8MP front-facing selfie camera. With all that said, would you be interested in getting the OPPO A16 as soon as it is available for purchase? Let us know on our Facebook page and for more updates like this, stay tuned to TechNave.com.