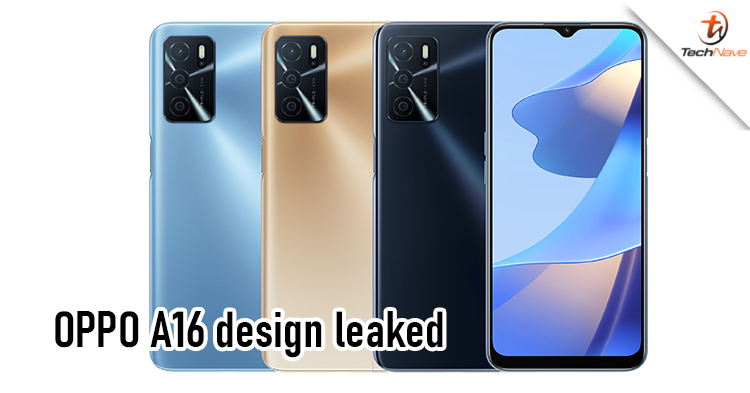 There are plenty of rumours going around about the OPPO A16 before it is launches. Here, we found new render image and tech specs about the device.

According to the leaker - Evan Blass , the device might come in three colour variants which are black, blue, and gold. As for the design, it will sport a teardrop notch and a triple rear camera. On the side, there are volume buttons and a power button along with a fingerprint scanner.

Besides that, the device will be powered by an Helio G35 chipset, 4GB of RAM, and runs ColorOS based on Android 11. As for the battery, it could come with a 5000mAh battery and support 10W charging.

Well, these are just leaks, why not just take them with a pinch of salt and don't be serious about it. What tech specs do you wish this device to feature? Let us know in the comments below and be sure to stay tuned for more tech news on TechNave.com.