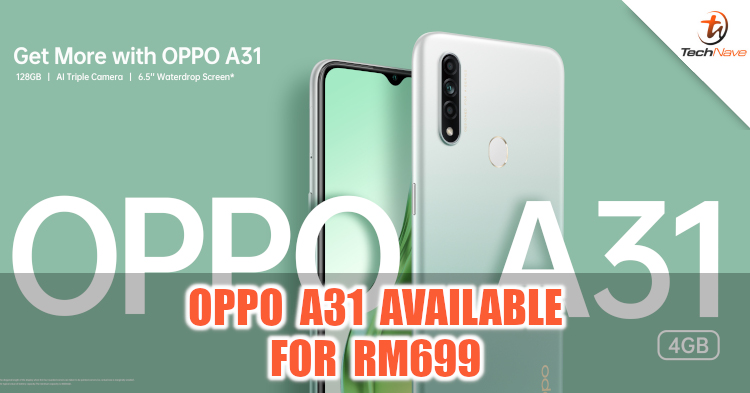 OPPO has officially announced that the OPPO A31 smartphone is officially available in Malaysia from 6 March 2020, at the price of RM699. The aforementioned smartphone comes equipped with several notable features such as a triple rear camera, as well as a 4230mAh internal battery.

In terms of the tech specs, the A31 comes equipped with a MediaTek P35 chipset, 4GB of RAM, 128GB of internal storage and a 6.5-inch display. Camera-wise, it comes with a 12MP + 2MP + 2MP rear camera as well as an 8MP front-facing selfie camera.

Would you be interested in getting the new smartphone by OPPO? Let us know on our Facebook page and for more updates like this, stay tuned to TechNave.com.