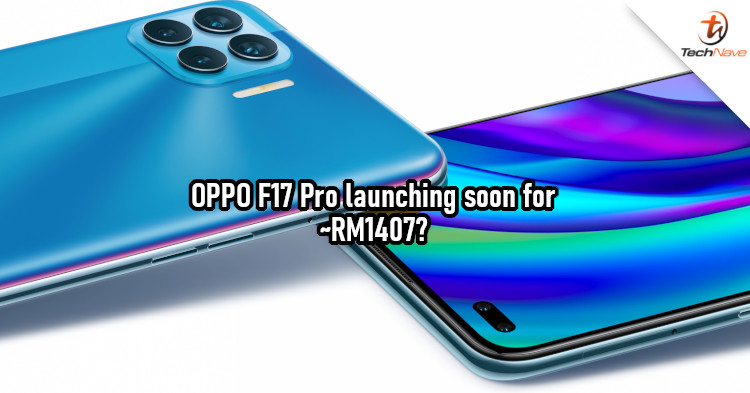 OPPO India has launched a teaser site for OPPO F17 Pro, which is expected to be available in early September. Some details have been revealed, but the company may still decide to hold a launch to reveal the full tech specs and price. As for price, there's already speculation that the phone will cost about INR 25000 (~RM1407).

As you can see, the OPPO F17 Pro has a quad-rear camera setup and two front cameras. What's unusual is the fairly large LED flash at the back, which should provide more illumination for night shots. One of the videos also confirms that the phone will have a 16.34cm (6.43-inch) Super AMOLED screen, 30W VOOC Flash Charge 4.0, and 6 different colour variants. We already know that the phone will be super slim (7.48mm thickness) and relatively light (164g). But now OPPO has also revealed that the phone will have new camera features that rely on AI - AI Super Clear Portrait, AI Super Night Portrait, and AI Color Portrait. The last one is interesting, as it changes the colours of the background rather than give it a Bokeh effect.

The design of the F17 Pro may not be anything new, but I do like the simplicity and slim form factor. Having said that, would you be interested in the phone if it comes to Malaysia? Let us know on our Facebook page and stay tuned to TechNave.com for further updates.