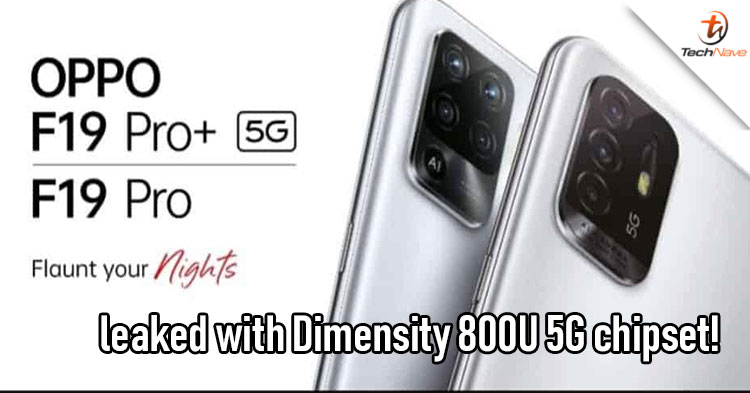 The OPPO F15 just landed in Malaysia in January this year and the OPPO F17 series was launched in September last year in China. Since the OPPO F series is very popular in China, with just after 5 months time, the company is going to launch another new OPPO F19 series and we got some leaked on its key specifications.

According to the popular leakster Sudhanshu, there will be three variants this time for the OPPO F19 series, the standard OPPO F19, OPPO F19 Pro and the OPPO F19 Pro+. The OPPO F19 Pro+ will come with a 6.4-inch AMOLED 90Hz refresh rate display with an under-screen fingerprint scanner. It will sport the Dimensity 800U 5G  chipset coupled with 8GB of RAM and 128GB of storage.

The OPPO F19 Pro+ will be equipped with a 64MP main camera, 8MP ultra-wide angle camera, 2MP macro sensor , 2MP depth sensor on the rear and a 32MP selfie snapper on the front. It will come with a 4500mAh battery with 30W fast charging. As for the OPPO F19 Pro, the difference between both of the devices will be the MediaTek Helio P90 chipset coupled with 6GB of RAM and 64GB of storage as well as the 4310mAh battery.

Either way, there is no official confirmation on the tech specs and Malaysia releasing dates yet, so do take this with a pinch of salt. Let us know what you think of the OPPO F19 series at our Facebook page and stay tuned for more tech news updates on TechNave.com.