The OPPO F9 which was recently released at the end of August 2018 brings several key features such as a significantly smaller notch called the “Waterdrop screen”, VOOC Flash Charging with 5 levels of protection, and a beautiful diamond back design. Priced at RM1399 at launch, it is categorized as a mid-ranger with decent tech specs and design. In this review we will take a closer look at the OPPO F9 and see if the device lives up to its name as "the feature filled mid-range smartphone".

In terms of design the phone features a Waterdrop screen notch at the top where only the 25MP front facing selfie camera is visible with the speaker grill barely visible along the seams of the screen at the top. The screen itself features a rather thin bezel with a screen-to-body ratio of about 84%. To the left, you can find the volume buttons as well as a Hybrid-SIM tray capable of holding 2 nano SIM cards as well as a MicroSD card. Front of the device, you can see the Waterdrop Notch at the top of the display Rear of the device where the dual camera, flash and fingerprint sensor is located Right side of the device where the power button is located 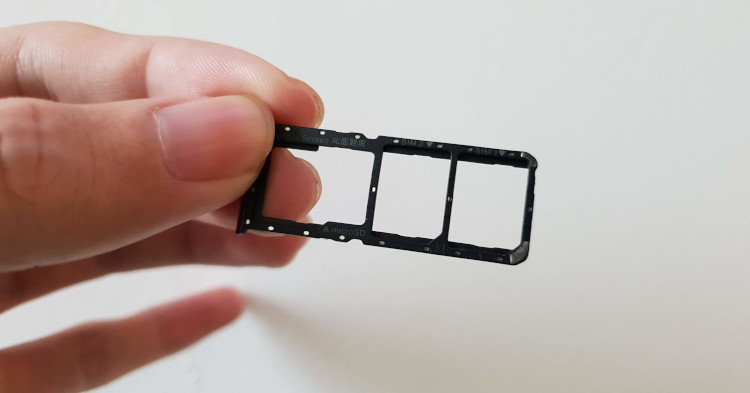 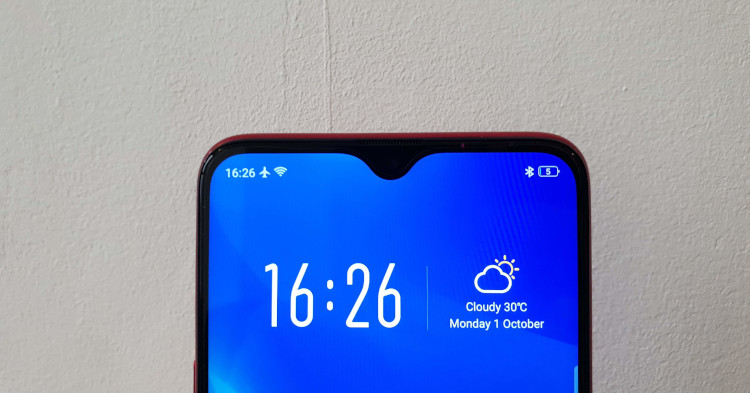 Waterdrop Display notch at the top of the device To the right of the device you will find a lone lock button that doubles as a power button. On the underside however, you will be pleased to see a 3.5mm audio connector, speaker grill as well as a VOOC Flash Charging compliant MicroUSB slot. In the rear of the device you will be greeted with a diamond shaped design which shimmers under direct light, a fingerprint sensor and lastly, the dual 16MP + 2MP rear camera accompanied by an LED flash beside it. The color options available for the OPPO F9 is the Sunrise Red and Twilight Blue color scheme. 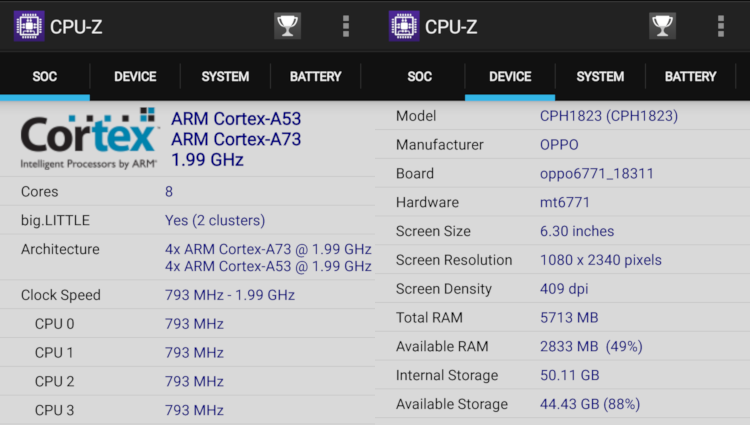 CPU-Z information of the OPPO F9

Tech spec wise, the Helio P60 is a great mid-range chipset and it is MediaTek’s answer towards Qualcomm’s Snapdragon 660 chipset. Paired with 6GB of RAM you have plenty of room to swap around various apps and multitask without any worries. The device also does not compromise when it comes to security as it comes with a fingerprint sensor, as well as face unlock. If that doesn’t interest you, the device allows you to set up to 16 character passcode to unlock it.

Unlike most phones out right now, the notch of the device which is also known as the Waterdrop Display does not take up too much screen real estate as compared to most implementations of the notch out there. Not only that, the device also comes with the VOOC Flash Charging Technology which is capable of charging the device up to 75% in just 30 minutes. In terms of user interface, the OPPO F9 is running on the ColorOS 5.2 on top of the Android 8.1 Oreo with smooth transitions between screens and applications.

There are many camera modes to choose from in the OPPO F9 such as the Time-lapse, 720p 240 frames per second Slow-mo, Video, Photo, Portrait, Sticker, Panorama as well as expert mode. Settings for the camera are easily accessible as it is not hidden under any menu. As for the selfie camera modes, there is only the Time-lapse, Video, Photo, Sticker as well as Panorama. For those who prefer more control while taking pictures, the camera app allows the user to change the white balance, exposure, ISO sensitivity, shutter speed and the focus. However do take note that this expert mode is not available while using the front facing selfie camera.

Performance - Great for general use, performs well in photography

The OPPO F9 scored 121401 points on AnTuTu, and on the rankings, the device is placed at the 51st spot. From a general usability standpoint, the device performed smoothly even when browsing on various social media and news sites such as Facebook, Twitter, Instagram, Reddit, and Imgur. The 6GB of RAM definitely came in handy as I easily transitioned between the apps mentioned with no noticeable performance or slow downs. 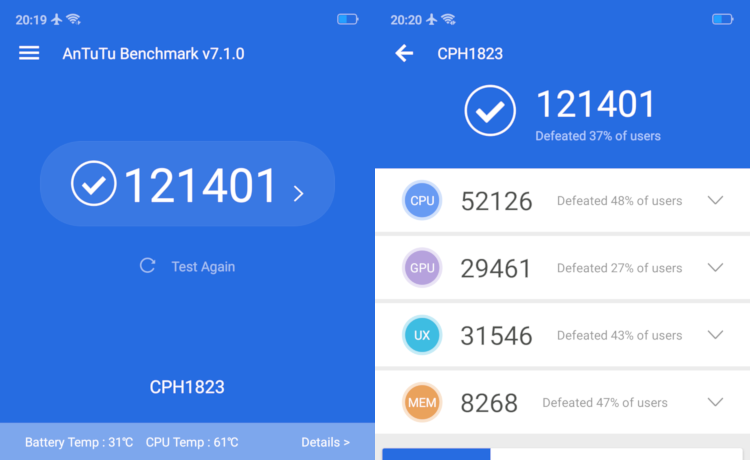 The 3500mAh battery was able to comfortably last me a day and a half before I needed to recharge again. Oh, and recharging is a breeze, thanks to the VOOC Flash Charging Technology which recharged the OPPO F9 to more than 65% after only half an hour. However, the charging rate significantly slows down after that as it took another 30 minutes to bring the phone to a full charge.

Gaming performance of the OPPO F9 was rather decent since it was able to run PlayerUnknown’s Battleground(PUBG) Mobile at High Graphics at a consistent 30 frames per second 97% of the time judging by the graph provided by GameBench software. Based on the measurements from the software mentioned, a typical half an hour session on PUBG Mobile consumed about 6% to 8% of the smartphone’s total battery life.

Connectivity while playing was rather smooth on WiFi and there were no latency issues while playing PUBG Mobile but do take note that your mileage may vary depending on the connection to your router or your telco. Unfortunately at the time of this review, Asphalt 9 was not available for the OPPO F9 so we could not test the performance on that mobile game.

The device did heat up noticeably but not hot enough for it to feel uncomfortable to hold. Unfortunately there is only one speaker grill located on the device which could easily be obstructed and muffled by your palms so I would suggest connecting a pair of bluetooth earphones or even wired earphones while playing games. 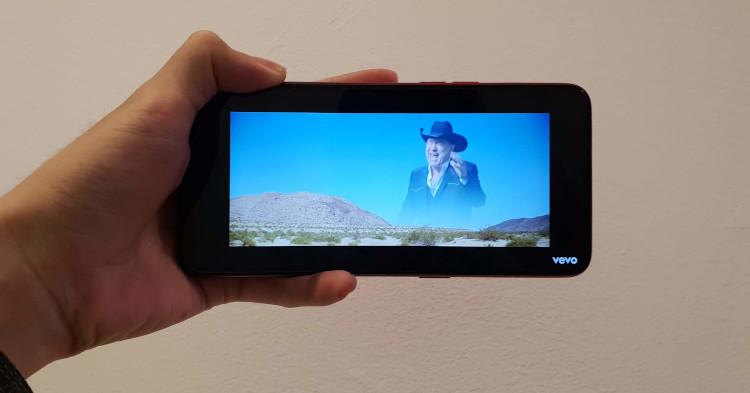 Video and Audio test, you can watch the video on Youtube.

In terms of audio quality, the device does not sound too bad even though it only has a single speaker grill at the bottom of the device. At max volume the smartphone is audible across the room. However, do take note that speakers set at max volume will tend to distort the audio. The OPPO F9 is no exception as at higher volumes the OPPO F9 tends to sound slightly distorted and thin.

As for the camera, the 16MP image sensor along with the 2MP depth sensor captured accurate colours. Images that were taken while on the Super Vivid mode showed a much higher saturation which made the colors pop even more.. The front camera packs a 25MP image sensor which provides high quality and resolution selfies.

The front camera and rear cameras are also enhanced by an AI assistant which improves selfie pictures taken on the OPPO F90. The phone is capable of recording at 30 frames per second on both 720p and 1080p. 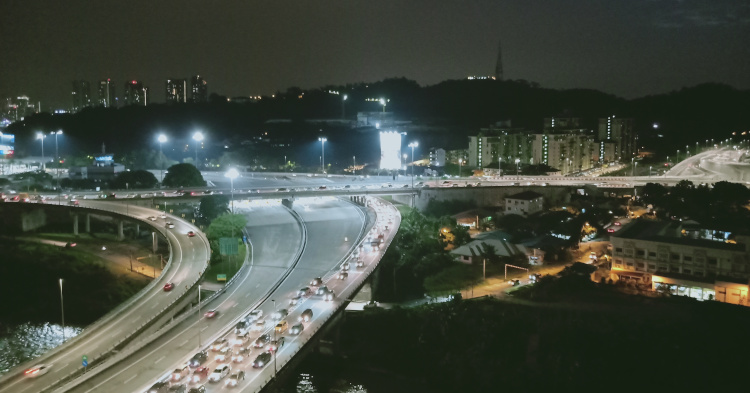 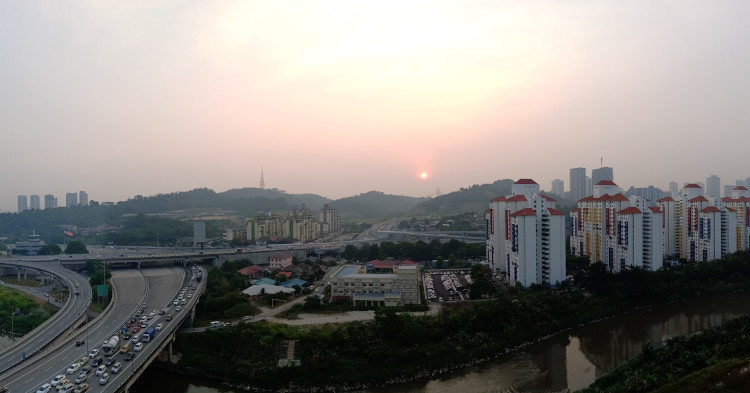 Super Vivid mode comparison, left off and right on

In low light conditions however, the images taken on the rear camera seems to struggle a little with focusing and noise artifacts. The front facing selfie camera tends to fare better due to the higher megapixel count which reduces visible noise artifacts in the image. The same goes for the video mode while recording on both 720p or 1080p for the front facing selfie camera as well as the rear camera.

Colour reproduction on the IPS display of the OPPO F9 look accurate and bright which makes it decent at watching movies as well as videos on youtube. However, as stated previously,  you have to keep in mind your hand placement as to not block the speaker grill which would muffle the audio. Conclusion - Affordable and beautiful for its price

The OPPO F9 which is priced at RM1399 is a great looking mid-ranger when it comes to taking photos with it’s 25MP front facing selfie camera. While the 16MP + 2MP rear cameras are not bad, they don't always work well in low-light. Not only that, the MediaTek P60 chipset and 6GB of RAM makes multitasking a breeze with no noticeable hiccups during the review.

The Waterdrop display makes the screen of the OPPO F9 a pleasure to look at as you don’t see a large cut out at the top of the display. The VOOC Flash Charging Technology that is featured in the smartphone is extremely convenient due to the fact that it is capable of charging the device up to more than 60% in just half an hour.

Personally, I’d recommend the OPPO F9 if you are keen on having a general but more selfie focused smartphone. However, if you are interested in a more performance focused general use smartphone, then the Pocophone F1 priced at RM1299 would make a better choice or even the Honor Play priced at RM1249 if you are interested in the AI features such as AI Battery Management, AI Camera, and GPU Turbo available in it due to the embedded Neural Network Processing unit. For more reviews like these, stay tuned to TechNave.com.