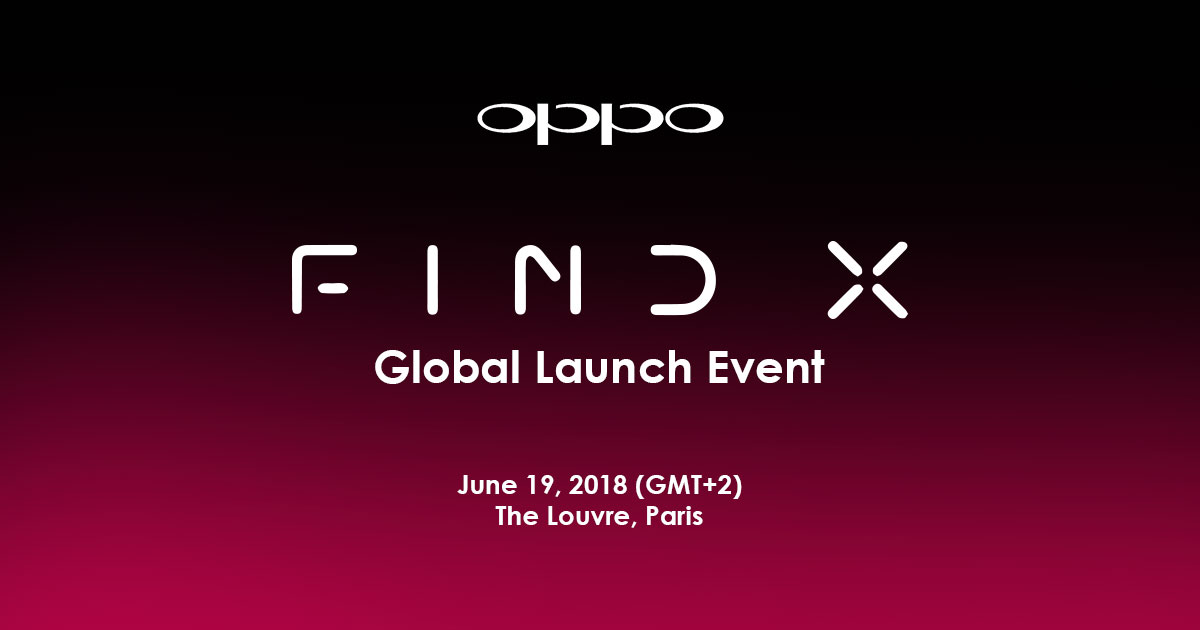 So the stage is set, OPPO has officially announced that its high-end phone, Find X will be in the spotlight in Paris, France on 19 June at 1900 - 2230 hours (GMT+2). As the premium series of OPPO's lineup, the X represents the unknown, adventurous and extreme which can be applied to the tech-specs. Let's take a look at what we can expect.

According to rumours, the Find X is said to feature a Qualcomm Snapdragon 845 chipset, up to a whopping of 8GB of RAM and 256GB of internal storage. Even the display is a bit overkill with 6.42-inch with 2K resolution and a 4000mAh battery pack inside the beast. VOOC flash charge should be expected on the flagship as well as its Face Unlock that has a 3D facial recognition feature which is more "accurate". We won't be surprised if the fingerprint sensor is under the display too seeing that there's no sight of it on the leaked render concepts. Speaking of that, it's unclear whether they will go for the simple dual rear camera or a triple setup.

A brief history of the Find series, OPPO first released the first model, X903 back in June 2011 featuring a side-sliding qwerty keyboard design. Then the OPPO Finder came the next year after that as an ultra-thin flagship back then with a Super AMOLED screen panel. Sometime after that, the Find 5 introduced a 1080P resolution on the screen panel in China then finally in 2014, VOOC Fast Charging technology made its way to Find 7.

We will definitely be keeping our eye on the Find X so do stay tuned for our coverage on it this month. Until then, stay tuned for more OPPO news at TechNave.com!