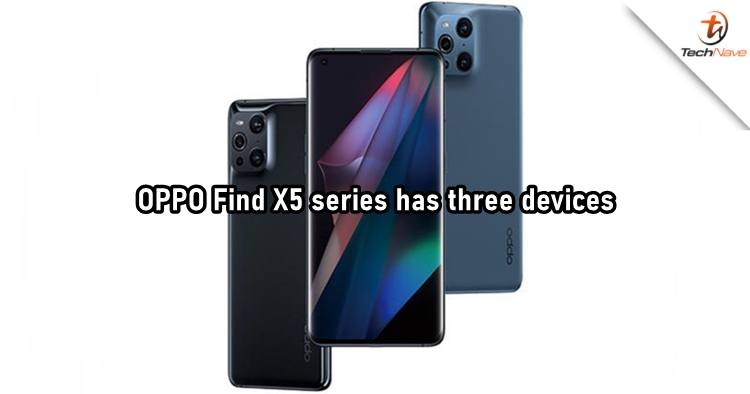 Earlier, OPPO had confirmed that it would be launching a new Find X device with Qualcomm Snapdragon 8 Gen 1 SoC in the first quarter of 2022. Not only that, but MediaTek also mentioned that the Chinese smartphone maker will use its Dimensity 9000 for another device in the same series. Now, things are getting exciting as a new report reveals that there will be a third device.

At the moment, the device is still a mystery as we know nothing about its chipset nor its tech specs. However, we should find out more information as we get closer to the event. Other than that, it seems like OPPO will skip Find X4 and proceed with Find X5, with the usual reason as four sounds like "death" in Chinese.

The source also mentions that the Find X5 Pro could bring mild upgrades over its predecessor. Besides the latest flagship chip, it could improve its battery life, with rumours saying it might come with 80W fast charging. It'd be nice as OPPO has been using the 65W SuperVOOC 2.0 for over two years.

Are you feeling excited about the upcoming OPPO Find X series? Leave a comment to let us know and stay tuned to TechNave.com for more smartphone news.