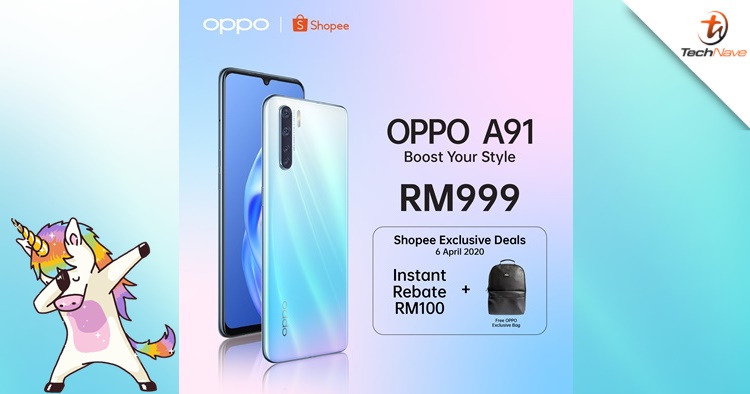 UPDATE - The OPPO A91 will be released on 6 April 2020 exclusively on Shopee LIVE Premier with Adam Lobo (3PM) for RM899 (for one day only, afterwards it will be RM999). There are also some exclusive RM100 Shopee rebates and an OPPO bag to lucky winners and buyers from OPPO Malaysia.

The OPPO A91 was released not too long ago back in mid-March. Now after two weeks, OPPO Malaysia have announced that a new colour variant - Unicorn White - and it looks rather familiar with other phone models in terms of design. Nothing that we've never seen before but oh well, still pretty to look at though.

No release date and the price tag for the Unicorn White variant yet, but it's safe to assume that the phone will cost the same RM999. To recap the tech specs, it features a 48MP ultrawide quad rear camera module and it's supported by Electronic Image Stabilization (EIS) and Anti-Shake video. It's also worth mentioning that there is 8GB of RAM + 128GB internal storage onboard, alongside 4025mAh with VOOC 3.0 flash charging. 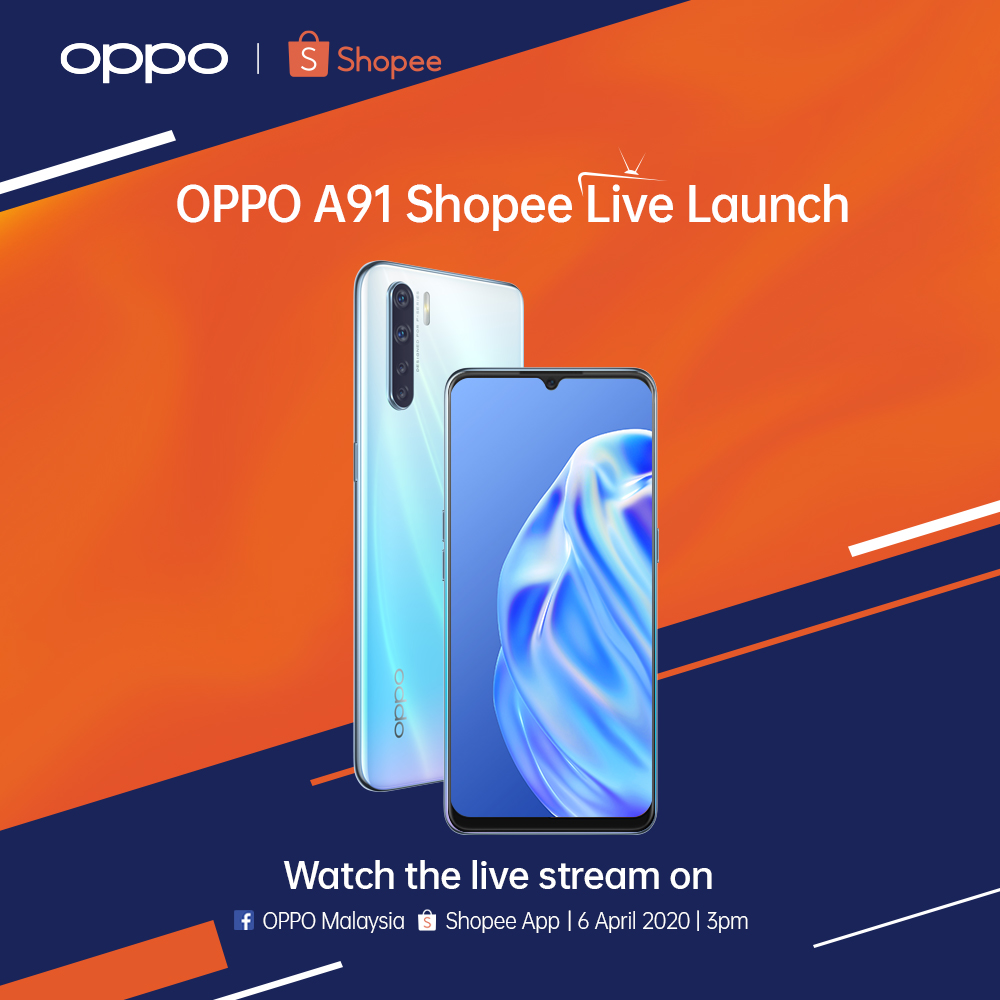 The OPPO A series have always been quite popular with consumers who are on a budget. If this is what you're looking for, you can head over to their official website here to learn more. Stay tuned for more OPPO news at TechNave.com.