OPPO Reno6 series Malaysia release: Up to 90Hz display, up to Dimensity 900 chipset, and 5G support from RM1699 OPPO Malaysia has unveiled the OPPO Reno6 series, which consists of the OPPO Reno6 5G and the OPPO Reno6 Z, starting from RM2399 and RM1699, respectively. As for the availability date, the aforementioned smartphones will be available for pre-order starting from 5 until 13 August 2021 onwards from My OPPO Space, OPPO Brand Stores, OPPO’s online store and all authorised dealers in Malaysia.

In addition to that, the first-day sale for the products mentioned above will be available from 14 August onwards the outlets mentioned above. Those who pre-ordered the smartphone from 5 August to 13 August 2021 will be eligible for many free gifts worth RM779, including the OPPO Enco Buds, 1-year 1TB HeyTap Cloud Service Powerbank, Smart Tag, and more. 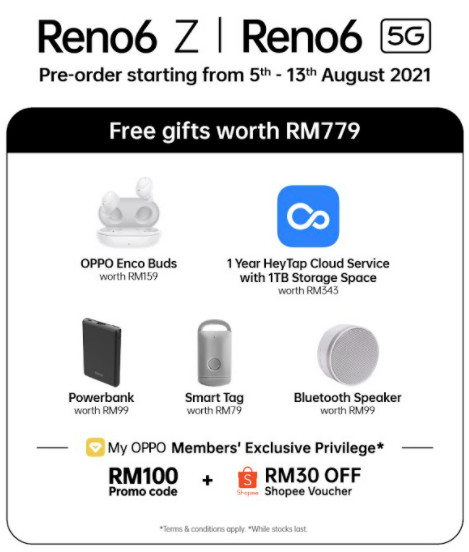 My OPPO Members will get an additional RM100 promo code and an RM30 Shopee discount voucher. Other than that, there’s also the Join & Win OPPO Giveaway from 5 August to 18 August 2021, where you can stand a chance to win prizes worth up to RM8000, such as the Enco Air the OPPO Reno6 5G. If you want to find out more information, head over to OPPO’s official website. 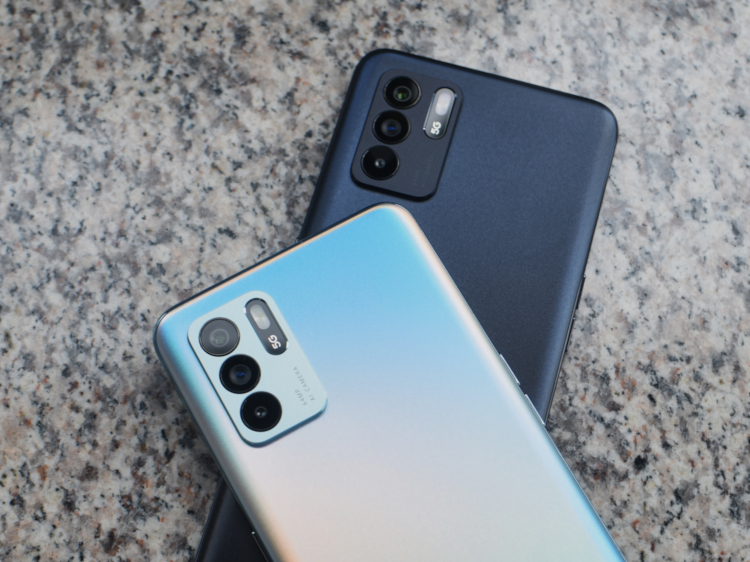 When it comes to the features, the Reno6 Z comes with the Portrait Beautification Video that helps improve the looks of your videos. The Reno6 5G has the AI Highlight Video that allows you to capture clear and well-lit videos even in lowlight conditions. 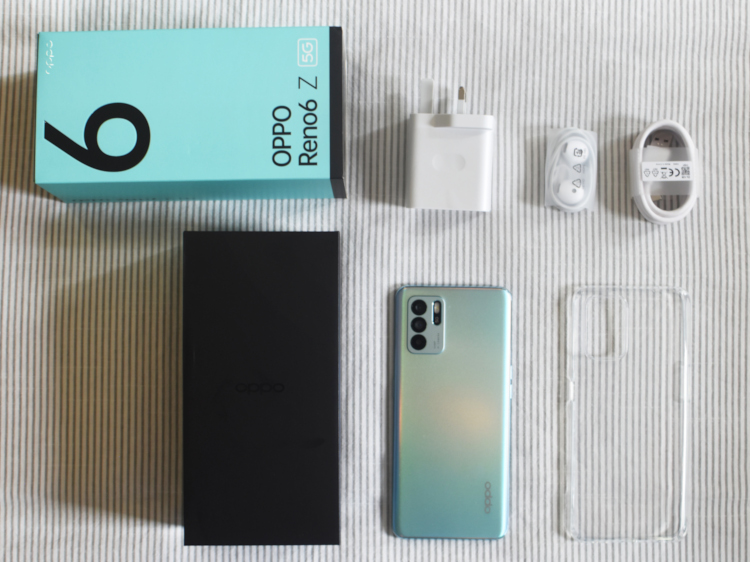 Other than the smartphones, OPPO also unveiled the OPPO Enco Air True Wireless earphones at RM299, and it’s available from today onwards in Misty White and Misty Black colour schemes. They can last up to 24 hours on a full charge and up to 8 hours of playback on just 10 minutes of charge.

With all that said, would you be interested in getting all the products mentioned above? Let us know on our Facebook page and for more updates like this, stay tuned to TechNave.com.