OPPO just launched the OPPO Reno5 series in January this year in Malaysia. As usual, OPPO will always speed things up as the OPPO Reno6 series is on its way and appeared on 3C certification yesterday. The series is said to come with 3 models that equip with different chipsets.

According to the leakster Digital Chat Station, the new OPPO Reno6 series will come with MediaTek Dimensity 1200 and Snapdragon 870 chipset. All three models are expected to come with a 90Hz refresh rate display and a 65W superVOOC 2.0 fast charger. Other than the OPPO Reno6 series, the certification also shows several new smartphones coming its way. 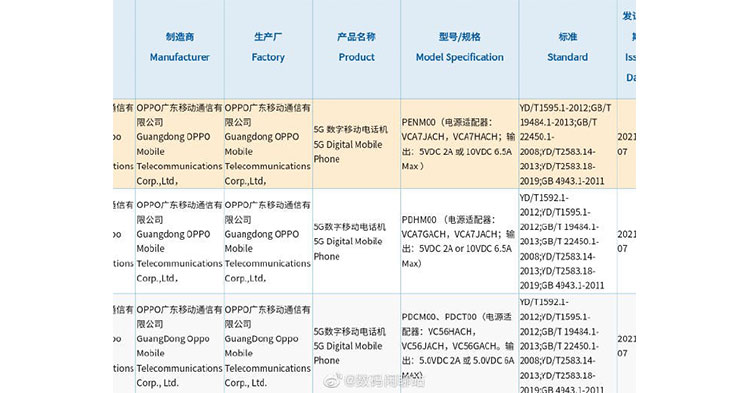 It is also reported that the OPPO Reno6 series will come with up to 8GB of RAM and 128GB of storage powered by a 4500 mAh battery. However, we are expecting more storage variants for the pro version as well as ColorOS 11.1 based on Android 11 out of the box.

Either way, there is no official confirmation on the tech specs and releasing dates yet, so do take this with a pinch of salt. But we are still uncertain which chipset it will be using when it arrives in Malaysia. So stay tuned for more tech news updates on TechNave.com.