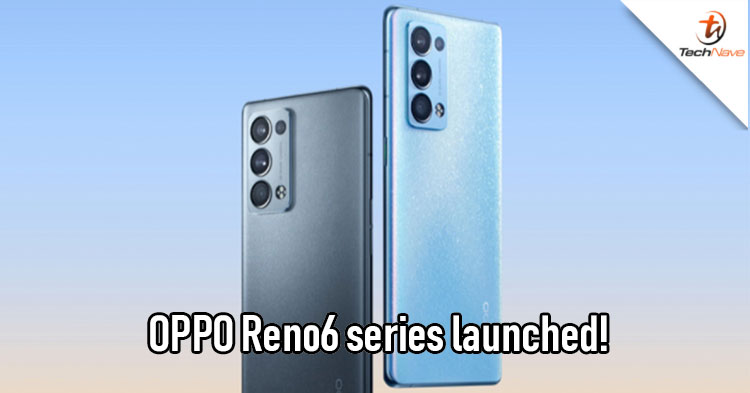 Recently we have been reporting on various leaks on the OPPO Reno 6 series. Yesterday, OPPO finally held a launch event to unveiled the Reno 6 series, the OPPO Reno6, Reno6 Pro and Reno6 Pro+ in China starting from the price of 2799 yuan (~RM1800).

The OPPO Reno6 sports a MediaTek Dimensity 900 5G chipset with a 6.4-inch FHD+ 90Hz refresh rate display. As for the cameras, it sports a 64MP main camera, 8MP ultrawide, and a 2MP macro lens on the rear while having a 32MP water drop notch selfie camera. It is also equipped with a 4300mAh battery supporting a 65W superVOOC fast charging. 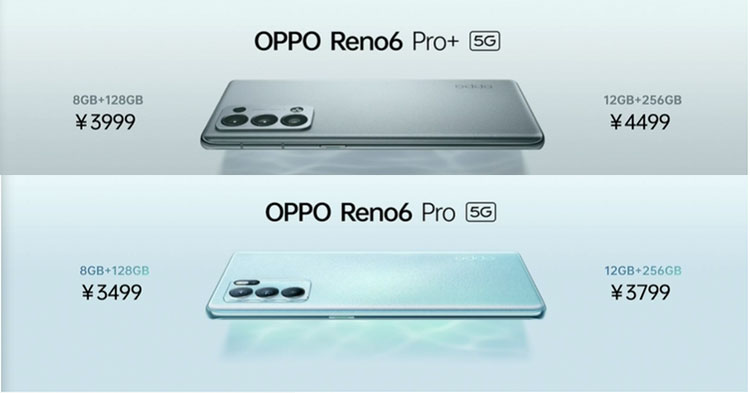 Now for the OPPO Reno6 Pro and Reno6 Pro+, both having a the 6.55-inch curved edge FHD+ 90Hz display and a 4500mAh battery that supports 65W flash charging. The Reno6 Pro features a Dimensity 1200 5G chipset while the Reno6 Pro+ comes with a Snapdragon 870 5G chipset.

As for the cameras, the Reno6 Pro has a similar setup as the Reno6 while having an additional 2MP portrait style lens on the rear. On the other hand, the Reno6 Pro+ sports an improved camera setup with a 50MP Sony IMX766 main camera, 13MP telephoto lens, and a 2MP macro lens. The Reno6 Pro and Reno6 Pro+ starts from the price of 3499 yuan (~RM2200) and 3999 yuan (~RM2500) respectively.

Either way, there is still no official information on Malaysia release date yet, but which model will you choose when it arrives? Let us know at our Facebook page and stay tuned for more tech news updates on TechNave.com.