Current Location: Home > News > OPPO Reno6 series to be unveiled in China on 27 May in the Chinese market 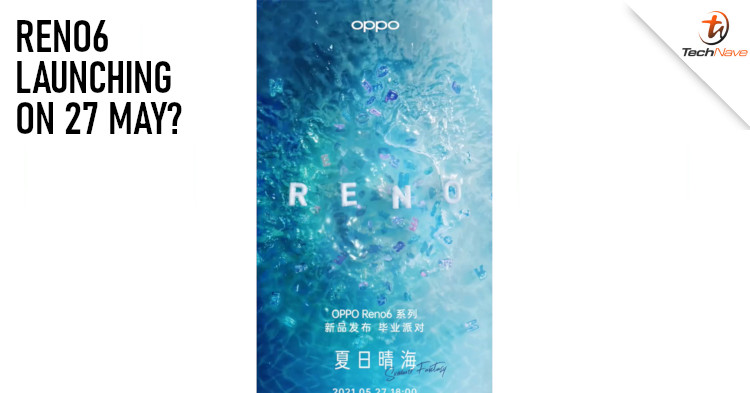 It seems that OPPO has posted an official image on their Weibo account, stating that the OPPO Reno6 series will be unveiled officially on 27 May 2021. Unfortunately, there’s no information in regards to the Malaysia release date, so check back with us for more updates in the near future.

Camera-wise, the series is expected to come equipped with a 32MP front-facing selfie camera as well as a 64MP + 8MP + 2MP + 2MP rear setup. However, do take some of the information with a grain of salt, due to the fact that OPPO has yet to provide an official statement on the leaked specs.

With that being said, would you be interested in getting the Reno6 series as soon as it is available in the local market? Let us know on our Facebook page, and for more updates like this, stay tuned to TechNave.com.