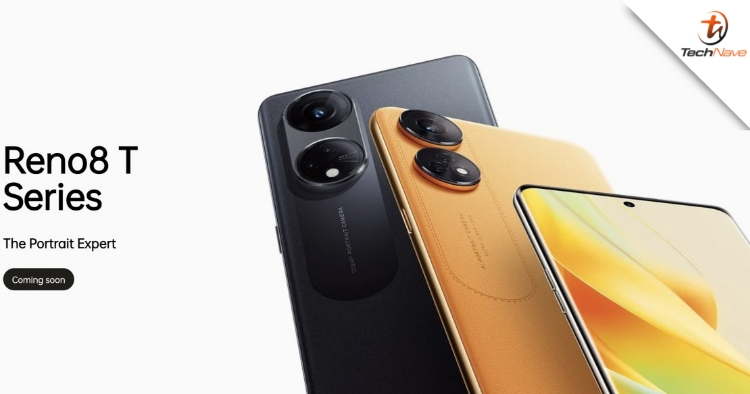 OPPO may be gearing up to release the OPPO Reno8 T series soon as the design and colours of the lineup have recently been revealed by the company on its official Indonesian website. Coming with the tagline “The Portrait Expert”, the series comes in two variants, either 4G or 5G.

From the promo page on the OPPO Indonesia website, the series comes in two distinct rear designs, one with OPPO’s iconic Glow design and the other in a leather-like material in orange. It is likely that the orange leather and the Midnight Black variants are the OPPO Reno8 T 4G while the colourful rear with OPPO Glow design is the Reno8 T 5G based on the disclaimer at the bottom of the page. Both variants seem to sport the same triple-camera setup at their rears with the promo page revealing a microscopic zoom capability, while a tweet from OPPO Indonesia confirmed that the device features a 100MP Portrait Camera. Besides that, the promo page also confirmed that the Reno8 T will feature SUPERVOOC charging, though the exact charging speed is not mentioned.

As of the time of writing, OPPO has yet to reveal when the Reno8 T series will officially launch, with its official Indonesian website only saying that the device is “coming soon”. Given previous OPPO launches in Southeast Asia, we expect the series to launch in Malaysia too around the same time it is released in Indonesia. 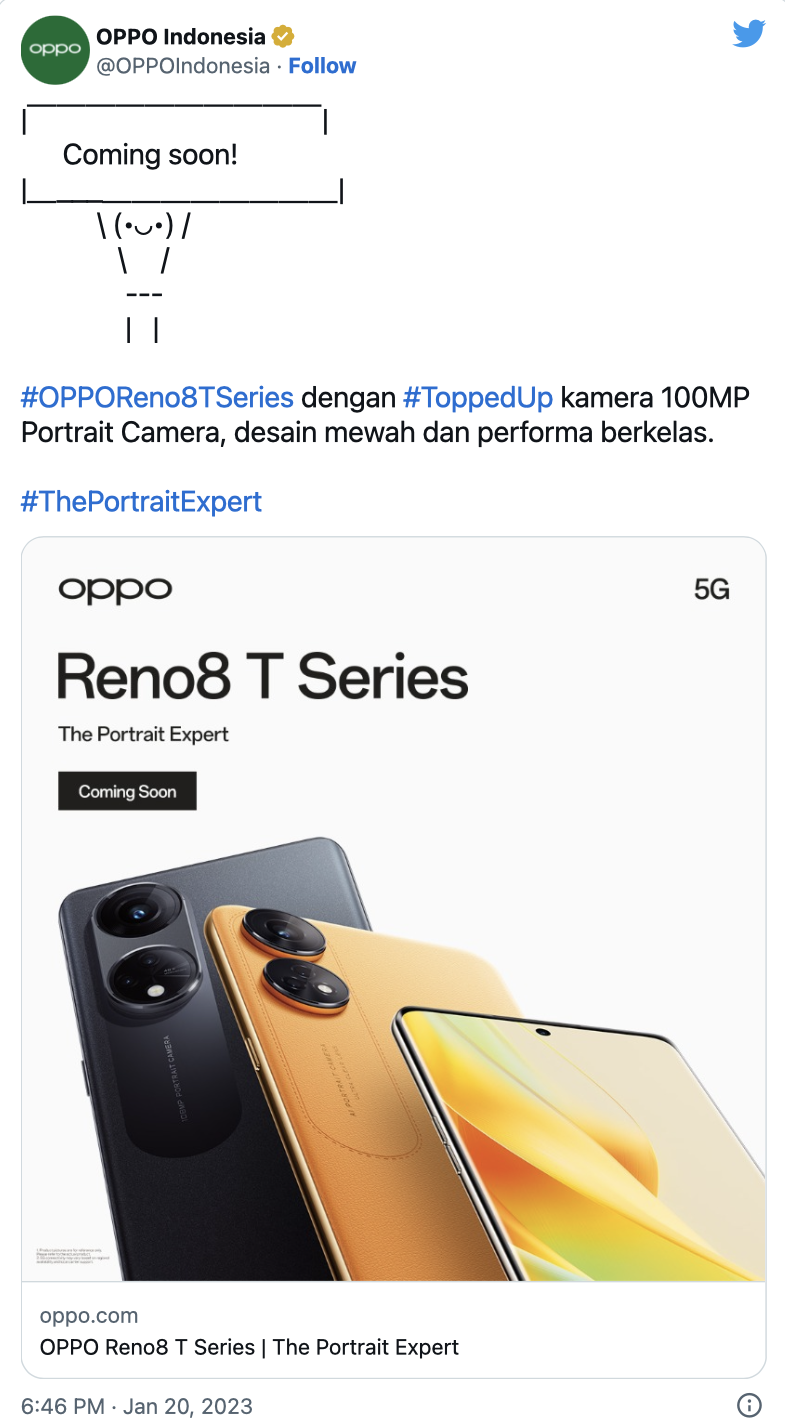 So, what do you guys think of the Reno8 T series? Share your thoughts with us in the comments below and stay tuned to TechNave for more tech news.