A while ago, we had seen few renders of the OPPO Watch Free leaked on the Internet, revealing its beige gold and black colour options. On 26 September, the smartwatch was officially launched, and it looks like it's not only about looks. According to the tech specs, the OPPO Watch Free could be a fierce contender to Fitbit and Garmin's offerings at a lower price point.

Besides supporting over 100 sports tracking modes, OPPO's latest fitness tracker can monitor SpO2 levels with heart rate variability overnight and display sleep statistics right on your wrist the next morning. There's also a snore detection similar to the one on Fitbit Sense and Versa 3 but works differently. The Fitbit trackers listen to snoring with a built-in microphone, and OPPO Watch Free bases its judgments on changes in SpO2, plus heart rate variability and sound levels detected by smartphone. 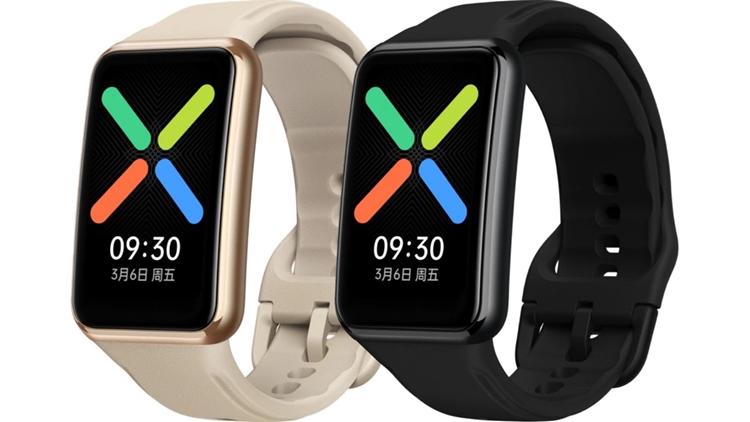 Furthermore, its E-sports mode also worths a mention. It can monitor your heart rate during intense gaming sessions and give reminders when it's time to rest. This feature can also be found on the Garmin Instinct Esports Edition. The different thing is Garmin allows you to directly share the statistics with other Twitch users while OPPO's offering doesn't.

For the hardware tech specs, the OPPO Watch Free sports a 1.63-inch AMOLED display with a pixel density of 326PPI. The watch will cost 599 Yuan (~RM388) for the NFC version or 549 Yuan (~RM355) for the standard one. What do you think about the new OPPO Watch Free? Drop us a comment to let us know and stay tuned to TechNave.com for more tech gadget launches.